Ashton Kutcher’s Vasculitis Diagnosis: What to Know About the Disorder
Entertainment

Ashton Kutcher’s Vasculitis Diagnosis: What to Know About the Disorder How do you know if you have vasculitis?

Since symptoms vary widely between each patient and the kind of vasculitis they have, Firooz said it can be difficult to know. Instead, she recommends keeping an eye out for “out of the ordinary” symptoms that are “worsening over time instead of getting better” as an indication to seek medical attention.
“That’s always a clue that this needs to be checked out,” she said. “For example, let’s say you get a rash. You expect something like an allergic reaction or a mosquito bite to get resolved after a few days. But if a rash is not getting better, but it’s getting worse and spreading, then it’s time to get it checked out. And that’s a very simple vasculitis.”
For more severe cases like hearing or vision loss, Firooz said it “could be a variety of different things, including vasculitis” and must be taken seriously. “Anything that shouldn’t be there should be checked out,” she added. “It’s not necessarily a symptom of vasculitis, but I think it’s symptom of something that needs to be needs to be evaluated.”

How do you prevent getting vasculitis?

Unfortunately, there is probably nothing you can do to prevent getting vasculitis, according to Firooz. After all, she explained, there are many causes of vasculitis—including a preexisting condition such as lupus or rheumatoid arthritis, a reaction to a certain drug or the result of a viral or bacterial infection.
“And then a lot of times it’s none of the above: We can’t find any of these things and it just will be called idiopathic, which means that the causes are unknown,” she said. “Maybe you have you have a genetic predisposition plus an environmental factor, which is [how] most autoimmune diseases happen this way.”
Still, she emphasized, seeking treatment early improves the chance of recovery without further damage to the body. “We know how to treat these things, so we have usually good outcomes,” the rheumatologist noted. “The goal is to prevent damage.” 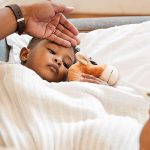 A Guide to Recognizing COVID-19 Symptoms in Kids 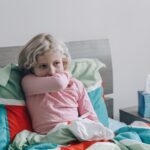 Should Parents Be Worried About Enterovirus D68?
Share 0 FacebookTwitterPinterestLinkedinRedditEmail