Share 0FacebookTwitterPinterestLinkedinRedditEmail
Saul Goodman has baked his last Cinnabon.
Better Call Saul came to an end after six seasons on Aug. 15. The AMC series finale saw Saul Goodman (Bob Odenkirk) locked up in the ADX Montrose prison, a.k.a. “The Alcatraz of the Rockies,” where he’ll serve an 86-year sentence.
While viewers always knew the series would catch up to the events of Breaking Bad, it didn’t make it any easier to say goodbye.
Take it from Bob, who shared a heartfelt message to Twitter Aug. 15. “Everybody’s been asking me how I feel about saying goodbye to Saul Goodman and Better Call Saul, and I’m not good at answering the question because it’s frankly hard for me to look at that experience, even at that character, too closely,” Odenkirk said. “It’s too many moving parts, and they fit together too beautifully and it’s a mystery to me how it even happened.” 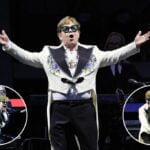 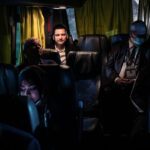 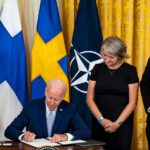 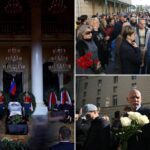 Break Tradition With This Hot Tomato Ketchup Cornbread
35 mins ago
Debate: How are EU cities adapting to be more sustainable...
43 mins ago
Shakira Ordered to Stand Trial on Tax Fraud Charges
1 hour ago