Share 0FacebookTwitterPinterestLinkedinRedditEmail
Bruce Willis is proving he’s still got it.
On Aug. 15, the Die Hard actor’s wife Emma Heming Willis shared a video of her husband playing the harmonica alongside musician Derek Richard Thomas, who played the guitar and sang.
“Their talent is speaking for itself,” the model captioned the post. “I’ll just leave this here. #jamsession.”
Bruce may be known for his iconic action-packed movie roles, but he does have a background in music. In 1987, he released a blues album titled The Return of Bruno. The project peaked at No. 14 on the Billboard 200 chart.
Two years later, he released his sophomore studio album, If It Don’t Kill You, It Just Makes You Stronger.
Bruce’s musical session with Derek comes nearly five months after Emma, his ex-wife Demi Moore and his five daughters—Rumer, 34, Scout, 31, Tallulah, 28, Mabel, 10, and Evelyn, 8—shared through a statement on Instagram that he would be stepping away from acting after being diagnosed with aphasia, a condition that can impact a person’s ability to communicate and cognitive abilities. 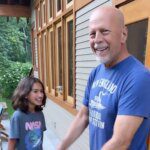 Bruce Willis and Daughter Mabel, 10, Dance Together in Adorable Video 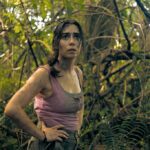 Cristin Milioti on ‘The Resort:’ ‘I felt like I was in Jurassic Park’ 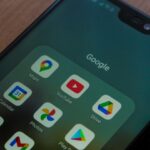 SNL Pokes Fun at Adam Levine and Armie Hammer’s DM...
17 mins ago
Ex-Clinton adviser: Hillary setting up 2024 presidential bid with ‘open...
19 mins ago
Kelly Ripa Gets Real About Regis, Her Husband and New...
49 mins ago