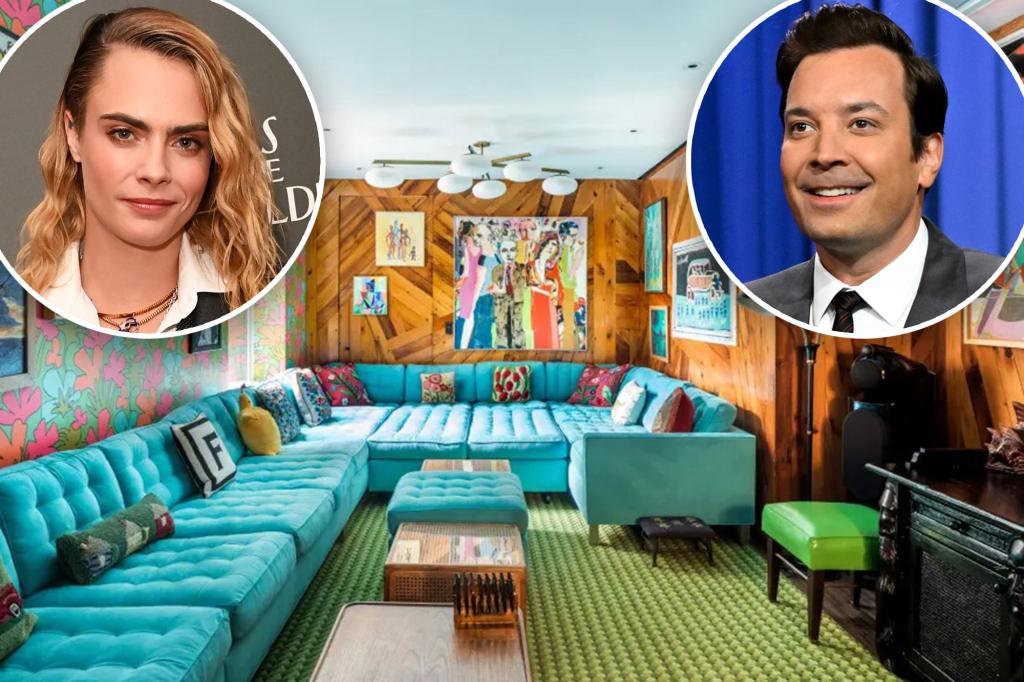 Word about the deal became clear in May, when Gimme Shelter reported that the runway staple and “Suicide Squad” star Delevingne was in contract to purchase the four-unit triplex combo at 34 Gramercy Park East.

It first hit the market for $15 million in early 2021; at the time, sources said the final deal was for a few million less, and was off-market.

Fallon, who based on the 2021 listing images has impeccable taste, outfitted the sprawling residence with its own saloon, secret passageways and a custom staircase joining the levels. It grew from a one-bedroom bachelor pad that he bought for $850,000 in 2002 that was pieced together apartment by apartment over more than a decade.

The nearly 5,000-square-foot, six-bedroom apartment is in a landmarked, brick and terracotta Queen Anne-style building that dates to 1883 — and it comes with keys to the famously private Gramercy Park. The kitchen looks out to the park and talk-show giant Fallon, along with his movie-producer wife Nancy Juvonen, dressed nearly every wall in art and vintage wallpaper.

Famous residents here have included actor James Cagney and Margaret Hamilton, who played the Wicked Witch of the West in “The Wizard of Oz.”

Delevingne is currently in the second season of “Only Murders in the Building,” where she plays Alice, the artist love interest of Selena Gomez’s character, Mabel Mora.