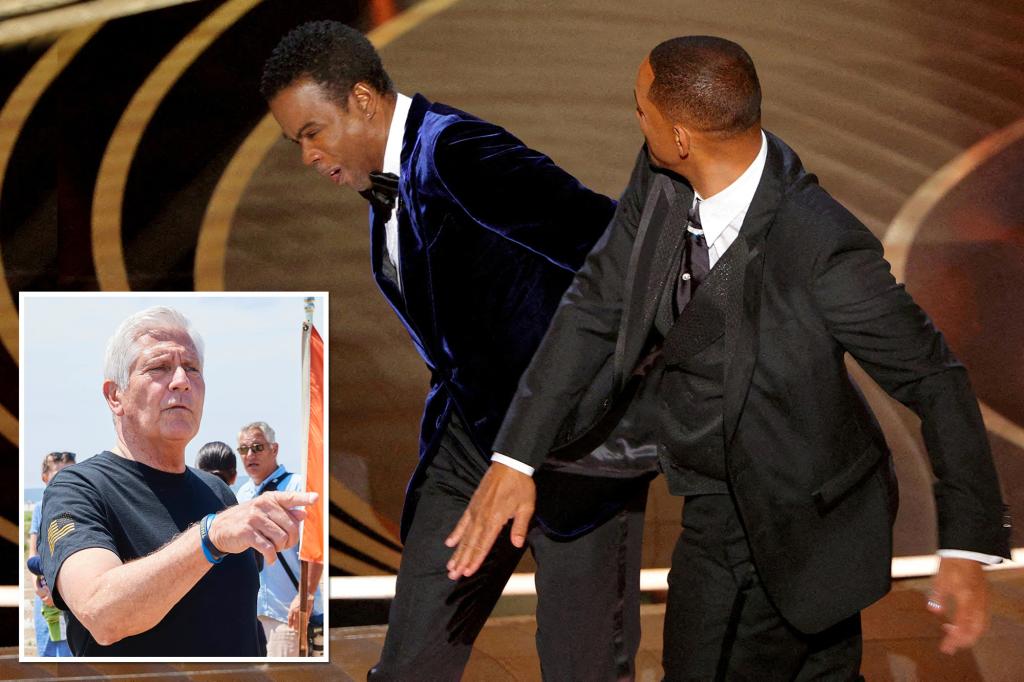 While Long Island deals with a sudden shark problem, officials are also keeping a wary eye out for another potential menace — Will Smith.

The top politico in Nassau County felt compelled Thursday to promise comedian and actor Chris Rock that he won’t get slapped when he performs at Jones Beach next Thursday.

“I understand Kevin Hart and Chris Rock are performing in Nassau County. On behalf of the 1.4 million residents of Nassau County, I want to welcome you both,” Nassau County Executive Bruce Blakeman said in a Facebook post.

Blakeman, tongue firmly in cheek, then alluded to “Independence Day” star Smith slapping Rock, who was hosting the Academy Awards, after the comedian cracked a bald joke about the actor’s wife, Jada -Pinkett Smith, who suffers from alopecia.

“And I want to assure you Chris Rock that my police department will make sure that nobody slaps you while you’re in Nassau County. God bless and have a great show,” Blakeman said.

Rock, 57, is expected to crack jokes about the Smith slap down during his “Ego Death” show at Jones Beach Theater in Wantagh on July 21.

Blakeman is expected to attend.

Most people think a healthy lifestyle will make them miserable: poll