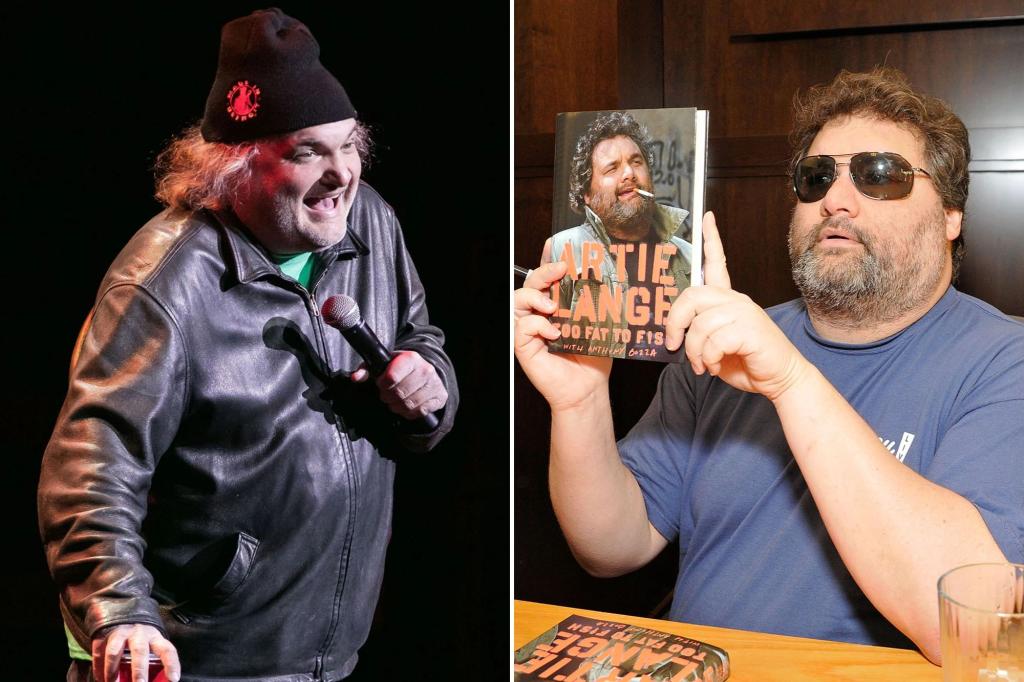 Comedian Artie Lange, who has been open about his struggles with addiction, announced Thursday that he completed an intensive New Jersey drug court program.

Howard Stern’s former sidekick spent more than three years in the program after a judge sentenced him to complete it or face jail time.

“Happy to announce that I’ve completed the NJ drug court program,” the 54-year-old wrote on Twitter. “Thx to my family and friends and fans for all your support.”

Lange was first arrested for cocaine and heroin possession near his Hoboken home in March 2017. He pleaded guilty and enrolled in a drug treatment program, but was cuffed again about two years later for failing to comply with the terms of the program.

The star then spent nearly two months in prison starting in May 2019 before heading into another drug court program.

Lange has been candid about his ongoing battle against drug addiction over the years — even sharing pics of his misshapen nose caused by drug abuse.

In a 2019 interview with Joe Rogan, Lange credited his mother — who he was living with in Hoboken — for helping him to stay sober.

He said he began to realize his mother was constantly worried about him fatally overdosing.

“I thought about her pain and said, ‘I can’t do this anymore.’”

About a year ago, Lange seemed to be doing better than ever and avoided making headlines as he hit two-and-a-half years sober, Lange’s lawyer Michael Robbins told the Post.

The comedian took time off from social media and remained out of the spotlight to focus on his sobriety before briefly bringing back his podcast “Artie Lange’s Halfway House.”

In February, he announced he would be taking a break from producing the show to focus on health — unrelated to substance abuse issues. He noted that he was three years sober.

Why Bill Nye Wants to Scare You With Peacock’s The End Is...

You Have to See Cardi B’s Face Tattoo