Share 0FacebookTwitterPinterestLinkedinRedditEmail
Cynthia Bailey and Todd Bridges are bringing their Celebrity Big Brother drama to Celebrity Beef.
The two competed on the CBS show’s third season earlier this year but were far from friendly while living in the sequestered house. In fact, they even traded verbal blows and obscenities during one particularly heated argument.
Thankfully, all that’s in the past—or it was. As Cynthia exclusively told E! News ahead of the Aug. 16 episode of Celebrity Beef, she and Todd became “really good friends” outside of the Big Brother house, but she’s still eager to break down what exactly happened between them. Added the Real Housewives of Atlanta alum, “It’s just really great to just be able to have that conversation in a fun way to squash it.”
It’s especially great, Cynthia continued, that it’s happening on a public platform. “My fans were pissed off at him,” she said. “They were ready to jump in the TV and kill him. So I was like, ‘Wait a minute! No, no, no, we worked it out. We’re good now!'” 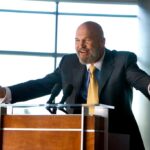 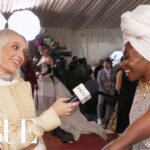 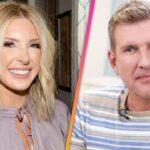 #ActYourWage is the new quiet quitting: ‘Visibility doesn’t pay the...
2 mins ago
George Clooney on Wife Amal, Their Kids and Julia Roberts...
7 mins ago
Is Virtual Photography Real Photography?
18 mins ago