Share 0FacebookTwitterPinterestLinkedinRedditEmail
Shay Mooney may need to taste tequila with his growing family.
Earlier this summer, the Dan + Shay member and his wife Hannah Love Mooney announced they are expecting their third baby boy in early 2023. Now, the country singer is sharing his thoughts on being outnumbered in his house filled with sons Asher, 5, and Ames, 2.
“It’s already very loud, including myself,” Dan exclusively told E! News at the 2022 ACM Honors. “My wife is going to have three, well four, children to take care of now including myself.”
So, if you’re listening Dan Smyers, your music partner may need some assistance from you and wife Abby sooner rather than later. “Uncle Dan and Aunt Abby are going to have to come over and help me,” Shay joked. “I don’t know what I’m going to do with three. Two is enough, three is going to be a lot, but we’re excited.”
While Shay and his wife don’t have a name picked out for their third son just yet, the country music singer joked that he’s thinking of “Dan Smyers” as his first name. 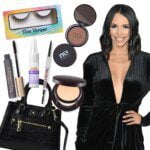 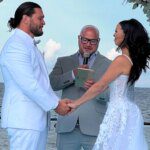 How to Block Users from Installing Software on Your Windows Computer

How to buy a PlayStation 5
3 mins ago
Kim Kardashian Says It Takes 8 Hours to Touch Up...
7 mins ago
Is democracy failing Berliners over controversial housing referendum?
10 mins ago