Share 0FacebookTwitterPinterestLinkedinRedditEmail
Get ready to feel like a Material Girl during MTV Video Music Awards pre-show.
After all, Saucy Santana will be headlining the annual awards pre-show—airing live on Sunday, Aug. 28—alongside Dove Cameron and Yung Gravy. The rapper, who is also the current MTV Global PUSH Artist for the month of August, will be lighting up the stage for a performance of his smash single “Booty.” Meanwhile, Dove—a VMA award nominee in the Best New Artist category—will make her first-ever appearance at the VMAs pre-show with a set of her own.
But that’s not the only exciting news that will premiere during the 90-minute event. Hosted by Nessa and Kevan Kenney, this year’s pre-show will also feature coverage from singer Tate McRae, who will be joining as a special celebrity correspondent. Murda Beatz will be serving as the Kraft Singles House DJ. 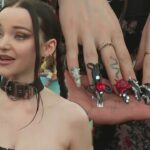 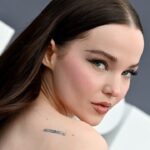 How to Legally Ensure You Get Your Security Deposit Back

How to Download and Customize Microsoft’s Open-Source Emoji
6 mins ago
Lawsuit seeks to halt Biden’s $400 billion student loan bailout...
21 mins ago
Intel and Samsung are getting ready for “slidable” PCs
30 mins ago