Share 0FacebookTwitterPinterestLinkedinRedditEmail
Based off Robinson’s 2018 memoir, Everything’s Trash, But It’s Okay, the series focuses on an outspoken podcast host who must suddenly and rapidly mature because of her brother Jayden (Jordan Carlos)’s political campaign.
Robinson told E! News exclusively that, even after hitting podcast success, she was still working odd-jobs and trying to pay off student debt when she first started her career.
“When Jessica Williams and I started 2 Dope Queens, the podcast came out April 2016, and it shot to the top of iTunes, like worldwide and everything,” she said in July. “People were like, ‘Oh my god, you’ve made it. You’re killing it. Blah, blah, blah.’ And I was like, ‘Y’all. Podcasting does not.’ Especially during that time, it was not paying a lot.”
The Everything’s Trash finale premieres Sept. 7 on Freeform, and will be available to stream on Hulu the next day. 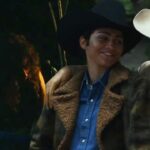 Euphoria Season 2 BLOOPERS: Zendaya Gets STUCK in a Trash Can! 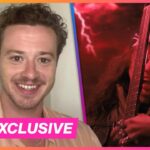 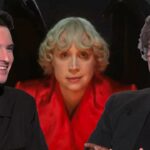 Tommy Lee ‘Respects’ Pamela Anderson Telling Her Story in Upcoming...
42 seconds ago
Why Tesla’s 1.1M Vehicle Window Recall Isn’t That Big of...
11 mins ago
Watch Jennifer Lopez Do Pull-Ups in the Snow in Gritty...
20 mins ago