Find Out If Gabby & Rachel Got Engaged on The Bachelorette Share 0FacebookTwitterPinterestLinkedinRedditEmail
In front of a live studio audience, Rachel revealed to host Jesse Palmer that as The Bachelorette began to hit the airwaves, she and Tino began having trouble, which she said eventually led to him cheating on her.
Rachel explained that she eventually confronted Tino—while the cameras were rolling!
After Rachel received a pep talk from Gabby, Tino arrived with a journal in his hands. “So, I messed up,” he said. “I kissed another girl, but the second I did, I knew I belonged with you.”
Tino explained he had kissed a girl he knew before the show during the time he and Rachel were having issues. That’s when Tino began reading excepts from his journal that tracked the timeline of their relationship.
The couple went around in circles, which included an accusation by Tino that Rachel refused to go to therapy (which she denied), before Tino left the house. In a conversation with a producer, Tino complained, “This is nothing more than making me look bad. This is totally crucifying me.”
Tino began crying and said, “Just tell her to break up with me. Let me out.”
Once back inside the house, Tino said to Rachel, “I totally get the emotional betrayal, but I just didn’t want to pile on you.”
After another tense conversation, Tino left the house again and unbuttoned his shirt in Rachel’s front yard for some reason. He eventually came back inside—with his shirt re-buttoned—and, mercifully, it all came to an end.
Rachel told Tino she was done and gave him his ring back, and he left.
Alone again in her house, Rachel asked herself, “Am I crazy or did that just happen?”
We’re kind of asking ourselves the same thing, Rachel!
Back in the studio, Tino came out for one final conversation with Rachel, which was just as exhausting and meandering as the ones we just saw. However, The Bachelorette still had one last trick up its sleeve, as Jesse said somebody else had demanded a chance to chat with Rachel.
And that’s when Aven, who Rachel broke up with in part one of the finale, walked out.
“Would you want to get out of here and catch up?” he asked Rachel, to which she responded with a glimmer in her eye, “I would love nothing more.”
We love happy endings! 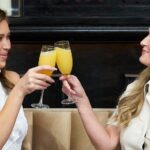 Why Gabby and Rachel Kicked Out a Bachelorette Contestant 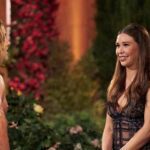 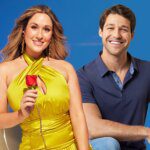 Why Bachelorette Rachel Kicked Hayden Out of the Competition 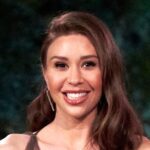 What Is the EICAR Test File and How Does It Work?

The Story Of Iman | Supreme Models
1 min ago
What Is It and Why Does It Matter?
14 mins ago
How to buy a PlayStation 5
32 mins ago