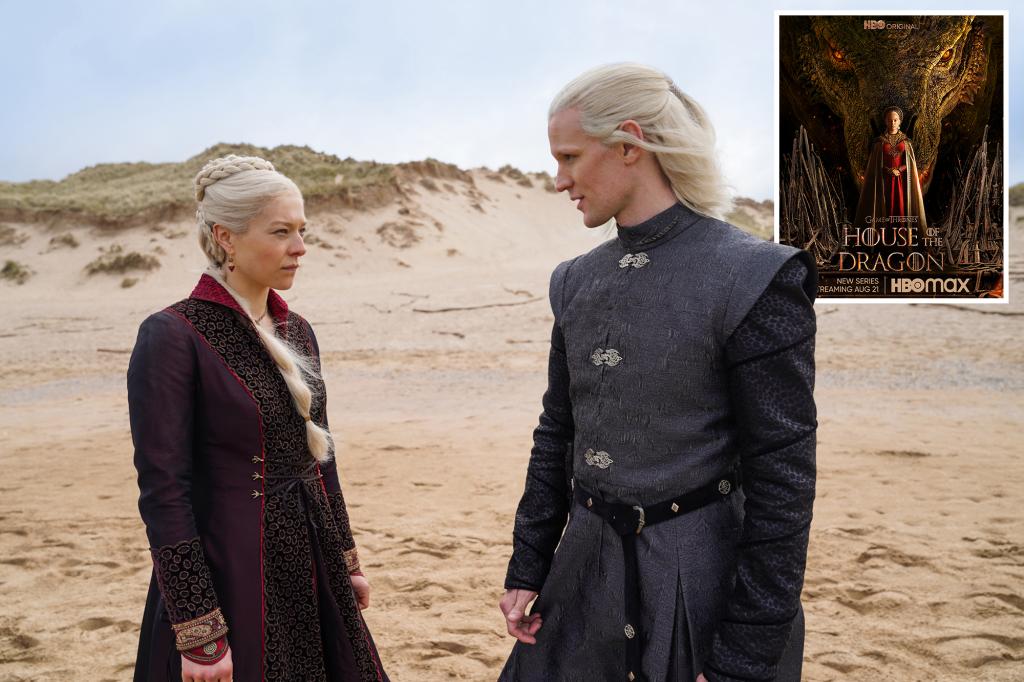 The moment “Game of Thrones” fans have been waiting for is finally here.

The trailer for the hit HBO show’s prequel series “House of the Dragon” dropped Wednesday, accompanied by its premiere date, which will be August 21.

“War is afoot,” a voice says at the beginning of the trailer.

“The dream… it was clearer than a memory and I heard the sound of thundering hooves, splintering shields and ringing swords,” Viserys Targaryen (Harry Lloyd) continued. “And I place my heir upon the Iron Throne, and all dragons roared as one.”

The 10-episode drama is based on author George R.R. Martin’s “Fire & Blood,” which set is 200 years before the story of House Targaryen.

“I have seen rough cuts of a few of them, and I’m loving them,” he said of the episodes in a February blog post. ” …. the writing, the directing, the acting all look terrific.”

Martin also told The Hollywood Reporter that “Dragon” has an even darker message and tone than “Thrones.”

The new series follows the Dance of the Dragons — the civil war that took place between Targaryen siblings Aegon II and Rhaenyra over the throne after their father’s death.

Additionally, HBO is reportedly working on a “Thrones” spin-off based around the fan-favorite fantasy hero, Jon Snow, the Hollywood Reporter has reported. The mother of dragons herself, Emilia Clarke, accidentally confirmed the project in an interview with the BBC last month.

“He [Kit Harington] has told me about it. And I know it exists,” Clarke declared to the BBC. “It’s happening.”

Martin confirmed the project is “in development.” However, Clarke will not appear in the show.

“No, I think I’m done,” she said about her future with the franchise.

Many fans of “Game of Thrones” were not satisfied with the series finale in May 2019. However, HBO and HBO Max content chief Casey Bloys told The Hollywood Reporter on Wednesday that he stands by the ending.

“I think in multiple parts of our society, we are reminding ourselves that Twitter is not real life,” Bloys quipped.

“We knew it was going to be divisive and, of course, you want all fans to be happy, but that’s never going to happen. There weren’t a lot of people walking around despondent or upset. It’s a take that reads well but probably doesn’t fully reflect viewer feelings.”

Luckily for disappointed fans, “Dragons” has different showrunners than the OG series as Ryan Condal and Miguel Sapochnik will hopefully impress upcoming audiences.

“House of Dragons” will premiere on HBO and will be able to stream on HBO Max.