Share 0FacebookTwitterPinterestLinkedinRedditEmail
This blossoming relationship sounds like music to our ears.
A source close to Demi Lovato exclusively tells E! News that the “Confident” singer and musician Jutes have been “secretly dating for months now” after teaming up in the industry.
“Demi and Jutes met while working on music together,” the insider shares. “Things are going really well and they have a lot in common. They bond over music.”
This new relationship comes two years after Demi parted ways from ex-fiancé Max Ehrich. And though the source notes that the pop star “swore off dating for a while,” Jutes has “restored her faith” in that department.
“She’s definitely smitten,” the insider explains, adding that Demi and Jutes “have been spending a lot of time together.”
And it appears Demi isn’t the only one who feels good about this connection. As the insider added, “Everyone thinks he is really good for her.”
The couple recently went public with their relationship, having stepped out for a date in New York City on Aug. 16. At the time, an eyewitness told E! News that the pair “looked extremely happy” while walking hand in hand together. 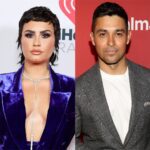 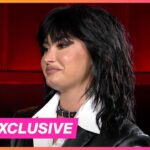 Inside Queen Elizabeth’s Relationship With Kate Middleton and Meghan Markle

Princess Charlotte’s Tribute to Queen Elizabeth at Her Funeral Explained

Selena Gomez Sheds TEARS in My Mind & Me Trailer