Home Entertainment I’m a multimillionaire at 15 with a taste for yachts, helicopters and diamonds
Entertainment

I’m a multimillionaire at 15 with a taste for yachts, helicopters and diamonds Most Americans are spending the summer pinching pennies amid record inflation and the prospect of a severe recession.

But one teen millionaire isn’t wasting the warmer months worrying about any cutbacks: She’s instead splashing cash on boats, helicopters, diamonds and designer threads.

Isabella Barrett, 15, has a reported net worth of $2 million after parlaying an appearance on the TLC reality show “Toddlers & Tiaras” into a lucrative career as a young influencer.

“Work Hard / Play Hard,” Barrett bragged beneath a video shared with her more than 67,000 Instagram followers on July 3.

In the clip, the Rhode Island-born star was seen behind the wheel of an expensive red Ferrari and posing for the camera as cash flew through the air.

Another recent clip from the flashy star’s social media account shows her flying about on a private helicopter.

In the same video, the teenager was seen playing with wads of $100 bills before admiring a shiny diamond necklace.

“Sooo cool I’ve never been on a helicopter,” one green-eyed follower stated, while another claimed the blonde was “truly blessed.”

Elsewhere, Barrett recently hit the high seas with pals, partying on a private boat on the waters off of California. She’s also been to several exclusive media events and afterparties, donning designer gear for the elite social soirées.

While Barrett has been a social media star for years, she hasn’t been a headline fixture in the mainstream media for a decade.

Back in 2012, her mom, Susanna, filed a $30 million lawsuit against three news outlets, alleging they tried to sexualize a performance that the then 5-year-old gave at a charity event. Two of the outlets, TMZ and the Daily Mail, reportedly settled the suit out of court.

Meanwhile, Barrett is far from the only American youngster showing off her wealth on social media this summer.

Other cashed-up teens have also been flaunting their fortunes and “bougie” endeavors, photographing themselves jetting across the globe, even as millions of ordinary Americans feel the financial pinch. 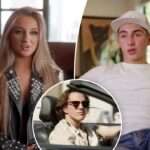 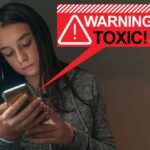