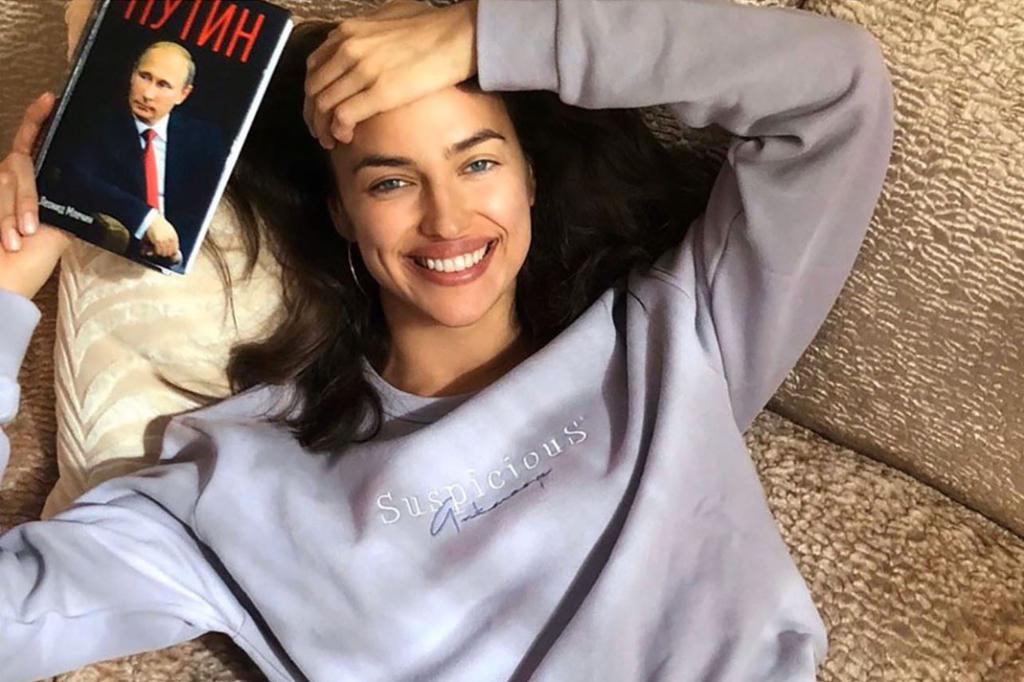 The 36-year-old brunette bombshell — who was in a long-term relationship with Grammy Award-winning actor Bradley Cooper before the pair split in 2019 — posted an Instagram Story on Wednesday showing a traditional Russian Olivier salad along with the phrase “Russianzz on [Wednesday].”

But the curious spelling of “Russians” with a “z” quickly prompted outrage online from critics who viewed her post as support for the ongoing war.

Others accused Shayk, who shares a 5-year-old daughter with Cooper, of not being “ashamed of supporting fascists” with the mysterious post.

“We hope every brand that works with her will reconsider their partnership,” another tweet read.

The puzzling content was no longer visible on Shayk’s Instagram profile as of early Friday. Her latest post from a week earlier was inundated with critics who blasted her for using the “Russianzz” reference.

“Shame on you,” one reply read.

“If you are so proud of your terrorist country Russia, then leave to live there,” another critic replied. “Why then do you live in the country of his enemy? Terrible.”

Several commenters posted #RussiaTerroristState in response, while others said they planned to boycott any products linked to Shayk.

“I will never touch any brands that you promote, neither any of my friends will,” another reply read. “We should boycott any company working with this monster.”

Shayk, who previously posted “No to War” in February and vowed to donate to Red Cross officials in Ukraine, has not commented publicly on the online blowback.

Others noted that the model and actress “casually” made the post as a Russian-fired missile killed 23 people, including three children, in Vinnytsia, Ukraine.

“Imagine living in the USA and posting nazi bullsh-t,” another tweet read. “Oh, Irina Shayk has no need to imagine.”

For Two Octogenarians, the ‘Endgame’ Was Just the Beginning