Share 0FacebookTwitterPinterestLinkedinRedditEmail
Jennifer Lawrence is basking in the joy of motherhood.
The Oscar winner and her husband Cooke Maroney became parents earlier this year after she gave birth to their first child. And in Lawrence’s cover story for Vogue‘s October issue, she confirmed they welcomed a baby boy name named Cy.
“It’s so scary to talk about motherhood. Only because it’s so different for everybody,” the actress, 32, told the outlet in the piece released Sept. 6. “If I say, It was amazing from the start, some people will think, It wasn’t amazing for me at first, and feel bad. Fortunately I have so many girlfriends who were honest. Who were like, It’s scary. You might not connect right away. You might not fall in love right away. So I felt so prepared to be forgiving.”
Added Lawrence, “I remember walking with one of my best friends at, like, nine months, and being like, Everyone keeps saying that I will love my baby more than my cat. But that’s not true. Maybe I’ll love him as much as my cat?” 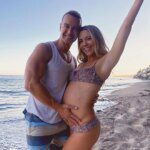 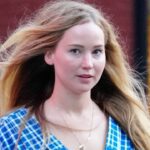 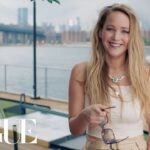 A Perfectly Modern Perch Inside a Beloved New York Building

The 7 Deadly Sins of Breaking Up With Someone

Markets Calm Down After Recession Fears Drive Steep Drops
39 mins ago
The Psychological Mind Tricks That Actually Work
56 mins ago
Bella Hadid Follows Up That Underwear Outfit With Another Bold...
58 mins ago