Kardashian Kids Cheer on North West at Her Basketball Game Share 0FacebookTwitterPinterestLinkedinRedditEmail
Go North!
North West and had several fans rooting for her in the stands at her recent basketball game.
In a pic posted to Natalie Halcro‘s Instagram Stories, Kim Kardashian cheered on her 9-year-old, alongside her youngest daughter Chicago West, 4, Khloe Kardashian and her daughter True Thompson, 4, Kourtney Kardashian‘s daughter Penelope Disick, 10, Rob Kardashian‘s daughter Dream Kardashian, 5, and Natalie’s daughter Dove Halcro, 2.
This isn’t the first time Kim has been spotted at one of North’s games. Just last month, the SKIMS founder, 41, and ex Kanye West supported their firstborn as she took the court at a multi-purpose center in Thousand Oaks, Calif. The former couple—who filed for divorce in February 2021 after almost seven years of marriage—kept it cordial and were photographed sitting behind one another in the stands.
North has had an action-packed summer so far. In June, she celebrated her 9th birthday with a “creepy wilderness” bash dubbed “Camp North.” The birthday girl and her BFFs—including Penelope, Jessica Simpson‘s 10-year-old daughter Maxwell Drew Johnson and Tracy Romulus‘ 10-year-old daughter Ryan Romulus—jetted off to a remote destination for a trip filled with plenty of outdoor activities, including archery, zip-lining and wakesurfing. The “campers” even slept in their tent-themed beds. 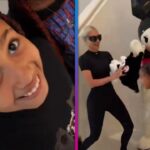 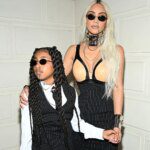 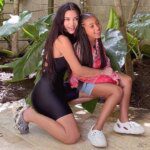 How to Keep Your Kids Playing Sports Without Going Broke
9 mins ago
Do All Mandevillas Climb? Mine Does Not
34 mins ago
Nadler clashed with Pelosi, Schiff over first Trump impeachment, argued...
38 mins ago