Share 0FacebookTwitterPinterestLinkedinRedditEmail
The comment comes after a source told E! News that Kathy “feels terrible” about the blunder.
“She gets a little nervous when she is on live TV,” the source added. “Kathy is a very sensitive person and would never intentionally hurt anyone’s feelings.”
A separate source told E!, “Kathy would never want to offend anyone at all. She doesn’t know who anyone is.”
Gabby and Lizzo have yet to publicly address the incident, but the latter shared a series of steamy bikini pics to Twitter on Aug. 11 with the caption, “Meanwhile….” and a smiling emoji with sunglasses.
(E! and Bravo are both part of the NBCUniversal family.) 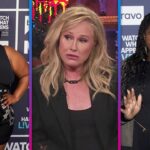 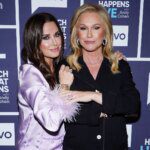 Kathy Hilton Weighs In on Kyle Richards’ Future on RHOBH 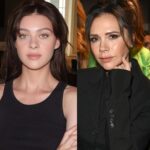 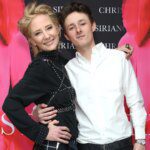 ‘Plow’ Your Leaves With Cardboard
16 mins ago
Deepti Vempati Reveals Her Thoughts on Kyle Abrams’ New Girlfriend
25 mins ago
#ActYourWage is the new quiet quitting: ‘Visibility doesn’t pay the...
29 mins ago