Share 0FacebookTwitterPinterestLinkedinRedditEmail
Snoochie boochies, take two!
Actor Jason Mewes and director Kevin Smith, best known as the duo Jay and Silent Bob from the latter’s ’90s and ’00s comedy films, reunited at their friend and co-star Ben Affleck‘s second wedding to Jennifer Lopez. The ceremony took place in Georgia on Aug. 20, more than a month after the pair legally wed in Las Vegas.
Mewes and Smith—who has said he is the creator of the couple’s nickname “Bennifer”—were joined by their wives, Jordan Monsanto and Jennifer Schwalbach Smith. Like the rest of the wedding guests, they all wore white. Monsanto even captioned a selfie of herself and Jason on her Instagram Story, “All white everything.”
Smith, who sported a baseball cap worn backwards, a blazer, vest, T-shirt and shorts, shared a group photo on social media. “For those who say ‘He always wears the same outfit…’ @JenSchwalbach, @JordanMonsanto, @JayMewes & me, all cleaned up,” the director tweeted. “This is as formal as I’ve been dressed since maybe my First Communion when I was 7.” 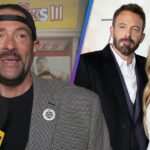 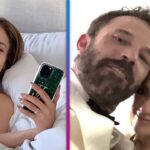 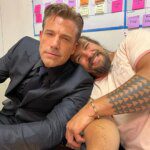 How Much Money Do YouTubers Make?
2 mins ago
Maybe It’s Time to Get an Air Purifier
12 mins ago
Trombone Champ’s creator thinks more games need to go all...
39 mins ago