Kids Who Spend Time on Screens Have More Close Friends 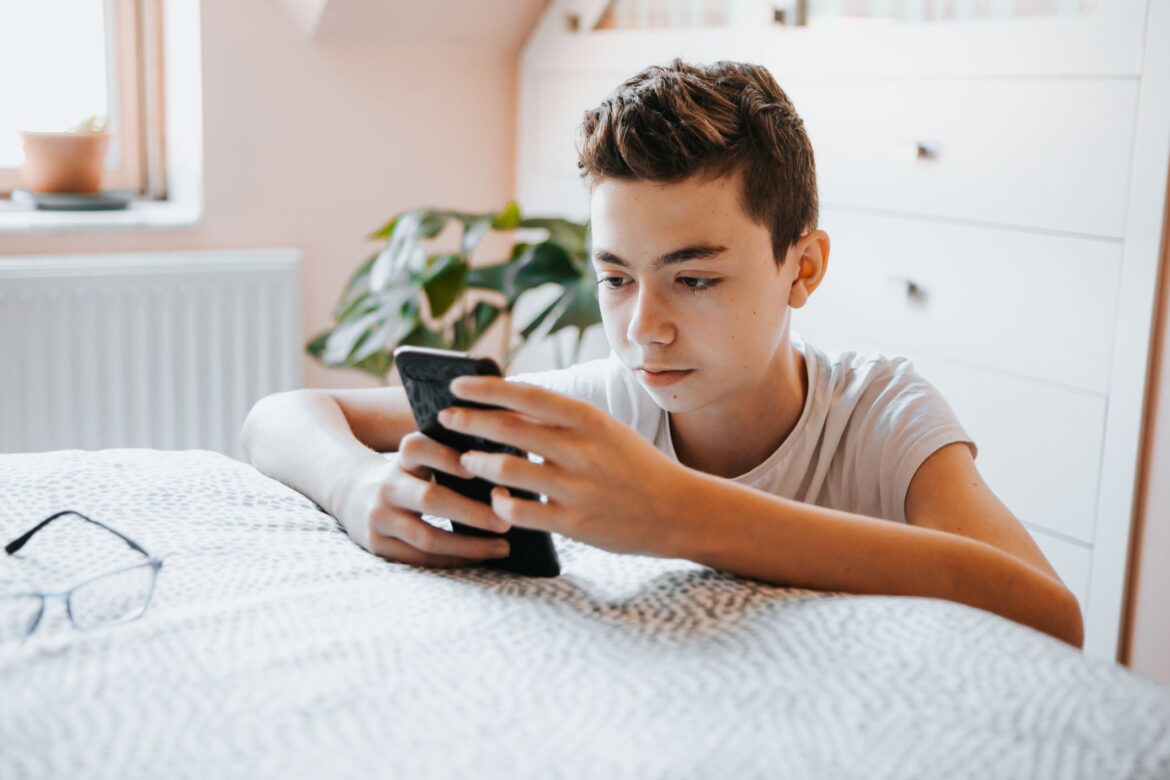 Childhood screen time is a point of conversation in many families. And, according to a new study published in PLoS ONE, it could be beneficial in unexpected ways. Researchers from the Institute for Behavioral Genetics assessed data from the ongoing Adolescent Brain and Cognitive Development (ABCD) study. It is the largest long-term study of child health and brain development ever conducted in the United States. Researchers found that kids who spend more time on screens tend to have more close friends.

The findings also suggest that school-aged children who spend more time in front of screens are only slightly more likely to have attention disorders, disturbed sleep, or lower grades, and are no more likely to suffer from depression and anxiety.

Screen use is more prevalent than ever. In 2020, the American Academy of Child and Adolescent Psychiatry noted that on average, children ages 8 to 12 in the U.S. spend four to six hours a day watching or using screens.

“Rising screen use among younger adolescents and children begged the question, ‘Does screen time harm our youth?’” says lead author Katie Paulich, a PhD student in the department of psychology and neuroscience at the University of Colorado Boulder. “It was important to be able to answer that question for parents who might be concerned about their child’s screen time.”

The study, one of the largest of its kind, used data from approximately 11,800 kids ages 9 to 10. The data collected by the ABCD study included questionnaires about screen time, parental reports of behavioral issues and grades, and mental health assessments.

While the American Academy of Pediatrics has established screen time guidelines for children ages 2–5 (an hour or less per day), currently there are no specific guidelines for kids age 6 and over. This means the picture is unclear as to what an acceptable or “healthy” level of screen time is.

Like previous, smaller studies, the research found that children who spent more time on screens tended to sleep worse, get poorer grades, and show more “externalizing” behaviors, like attention deficit hyperactivity disorder (ADHD), conduct disorder, and oppositional defiant disorder. However, screen time had a minimal influence compared to other factors, like socioeconomic status.

The researchers were surprised by how little screen time seemed to play a role in the outcomes, Paulich adds. Another surprising finding was the positive association between screen time and peer relationships. “More time on screens meant stronger friendships,” says Paulich. “This makes sense in hindsight, as social media and social video gaming can foster friendships.”

These findings suggest that we should be mindful of screens, but that screen time is likely not inherently harmful to our youth.

The study isn’t without its limitations. It only looked at kids age 9 to 10 years, and the data was collected prior to COVID-19, so doesn’t include academic screen time. But Paulich hopes parents can take comfort in the findings.

“These findings suggest that we should be mindful of screens, but that screen time is likely not inherently harmful to our youth,” she says.

Screen Time Rules Are Not Concrete

“I hope parents are able to appreciate the shades of gray in this study, rather than jumping to a black-or-white conclusion about the risks of screen time for kids,” says Katie Lear, LCMHC, RPT, RDT, a counselor and play therapist. While Lear doesn’t think it is necessary to ban Minecraft or TikTok for life, she does point out that many of the apps preteen kids are using were never designed for kids their age.

“As the study suggests, using screens can impact children in nearly every domain of life,” says Lear. “It has the potential to increase risks for depression and acting-out behaviors, impair friendships, decrease attention span, and affect academic performance. However, in this case how children engage with technology and what else is going on in their lives seems to matter much more than screen time alone.”

I hope parents are able to appreciate the shades of gray in this study, rather than jumping to a black-or-white conclusion about the risks of screen time for kids.

Linda Charmaraman, PhD, a research scientist who studies the link between social media use and teens’ well-being, notes that previous research has found positive, negative, and no relationships between screen time and psychosocial and behavioral health outcomes.

“The field is limited in knowing which came first—the screen time or the mental/behavioral health issue,” she says. “We need more longitudinal data to more firmly establish causality relationships.”

Charmaraman’s research team found that middle school students playing high-risk games, as measured by maturity and violence level, experienced significantly different social impacts compared to less-risky gaming. These social impacts included spending more money on games, spending less time on homework and with family, or skipping meals due to gaming. “The quality of screen time matters as much as the quantity,” she says.

How to Handle Your Kid’s Screen Time

“Remember that technology can play a positive or a negative role in your kids’ lives, depending on how they use it,” says Charmaraman. To help them learn to use screens intentionally and in healthy ways, she suggests working together to set rules and shared expectations that you feel comfortable enforcing. Explain to your child that it is important to limit screen time at certain times, such as before bed.

Remember that technology can play a positive or a negative role in your kids’ lives, depending on how they use it.


“Encourage them to pay attention to how they feel when they have been gaming for hours, or when they look at certain types of social media posts, and explain that algorithms are designed to elicit feelings that keep them online,” Charmaraman says. “You can also encourage them to use gaming and social media as meaningful ways to connect with ‘in real life’ friends and to build on relationships they already have.”

As the pandemic continues, finding ways to feel meaningfully connected to others is important, even if those connections are online. “I think it is also helpful to consider the dose when it comes to screens,” says Lear. “Moderation is key. Anything taken to an extreme is more likely to cause harm, and daily marathons of phone and computer time are no exception.”

If you’re concerned about your child’s screen use, try to encourage them to prioritize socially engaged online activities (like gaming) over passive ones, like social media.You can be a good influence on your child by modeling healthy screen use. Make it a family rule that nobody will have screens at the diner table, and switch off your devices a couple of hours before bedtime.

Face Tape: Your Guide to Face Taping and Face-Lift Tape