Share 0FacebookTwitterPinterestLinkedinRedditEmail
Just a girl at the rock show.
On Sep. 3, Kourtney Kardashian was on-hand to support her husband Travis Barker as he performed alongside the Foo Fighters to pay tribute to their late drummer Taylor Hawkins.
For the big night, the Kardashians star went for an all out rock ‘n’ roll vibe, wearing a cool T-shirt as a mini-dress with Taylor’s face on the front, over a black turtleneck with full length gloves. She accessorized the punky look with an oversized black belt adorned with silver grommets, a Balenciaga mini-bag and black knee-high boots.
Kourtney, 43, later shared images on Instagram of the couple backstage, simply captioned with an eagle emoji.
Her sister Khloe Kardashian was quick to comment on the post with three black heart emojis and the message, “There’s my rock and roll girl.”
During the concert, which took place at London’s Wembley Stadium, Foo Fighters lead singer Dave Grohl became visibly emotional several times. 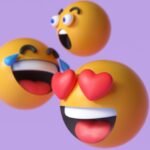 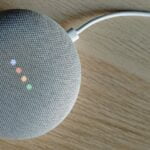 Google Home Mini vs. Google Nest Mini: What Are the Differences?

Is This Airbnb a Scam? 4 Ways You Can Tell

That Text From the ‘IRS’ Is a Scam
31 mins ago
Heathrow and Schiphol: An inside look at the impact of...
40 mins ago
EU leaders set to debate price cap on gas to...
49 mins ago