Share 0FacebookTwitterPinterestLinkedinRedditEmail
Per an Aug. 3 defendants’ trial brief obtained by E! News, the county of Los Angeles argued that Vanessa’s lawsuit is without legal merit. J. Mira Hamshall, an attorney representing L.A. County, defended the taking of photos at the crash site during the trial’s opening remarks on Aug. 10, saying it was “essential” to the investigation and that authorities have worked hard to make sure they remain confidential.
“They’re not online. They’re not in the media. They’ve never even been seen by the plaintiffs themselves,” she said, per Associated Press. “That is not an accident. That is a function of how diligent they were.”
She added the deputy who showed the crash scene images to a bartender had a “moment of weakness,” and that L.A. County Sheriff Alex Villanueva immediately ordered for the deletion of the photos upon learning that they were stored on phones and computers.
During the trial’s opening statements on Aug. 10, Vanessa’s attorney Luis Li told the jury that officials “poured salt in an unhealable wound” by taking and sharing those photos. “They took close-ups of limbs, of burnt flesh,” the lawyer said, per Rolling Stone. “It shocks the conscience.”
Vanessa, who has been attending the courtroom proceedings since the start of the trial, is seeking damages for emotional distress in her suit 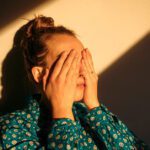 How to Recognize Emotional Distress, Plus 5 Tips to Help You Cope 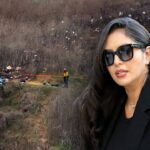 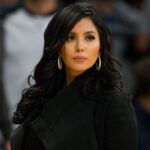 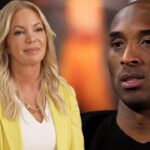 Texas couples’ poop trap backfires, thieves retaliate with cow dung
6 mins ago
Maggie Gyllenhaal and Her Daughter Look Perfectly Preppy-Cool at Paris...
43 mins ago
The Stages of Grief After a Breakup (and How to...
49 mins ago