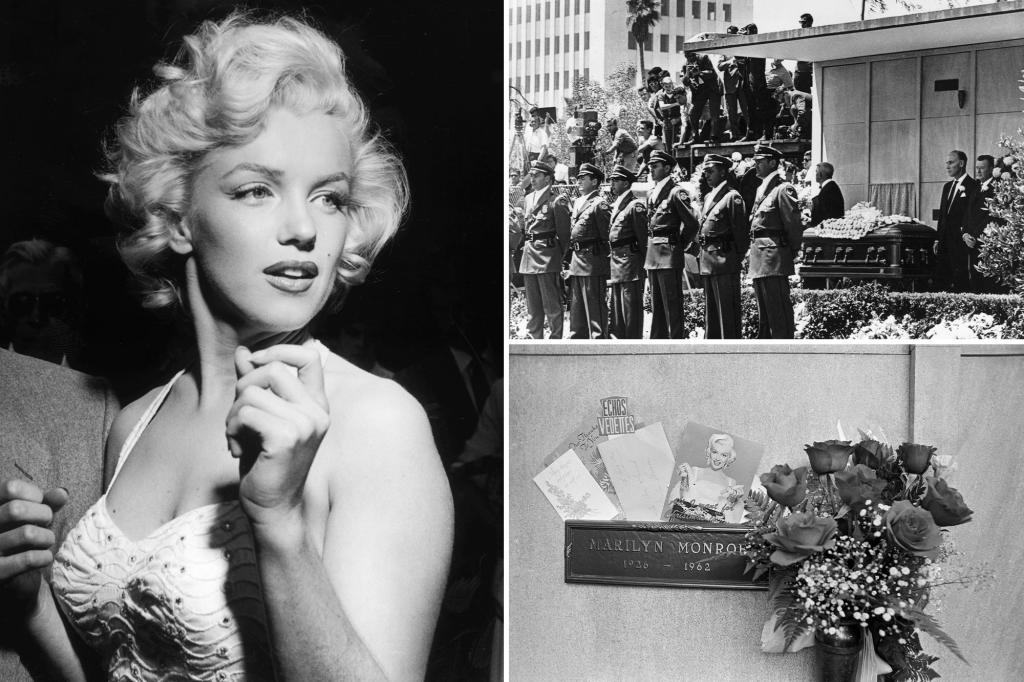 Marilyn Monroe’s tragic tale of fame and fortune is set to take on the silver screen in the Andrew Dominik-directed Netflix film “Blonde.”

The NC-17-rated drama is an adaptation of author Joyce Carol Oates’ 2000 bestselling book of the same name.

Oates, 84, spoke at the 21st Neuchâtel Intl. Fantastic Film Festival in Switzerland last week about the iconic film star’s career and how Monroe died almost penniless despite being one of the most recognizable faces of all time.

“She gained a fame in the world, but that’s not an identity you can live with, Oates said, according to Variety.

Oates’ novel took a look at Monroe — born Norma Jeane Mortenson, later called Norma Jeane Baker — and how she lost hold of her identity to become the blonde bombshell whom fans came to love and her tragic end.

“It is one that made a lot of money for a lot of men, but not much for herself. When she died, at 36, she didn’t own enough money for a proper funeral,” Oates went on.

“As Marilyn got older, she was still being given these roles a young starlet would play, and she was feeling humiliated. You can’t keep playing this dumb blonde nearing the age of 40,” she continued. “Some people say she committed suicide. I don’t necessarily think that. I think she may have died of something like extreme despair.”

Ana de Armas is taking on the role of the “Some Like It Hot” star in the upcoming film, out Sept. 23. Oates already saw the flick and gave her stamp of approval.

“Andrew Dominik is a very brilliant director. I think he succeeded in showing the experience of Norma Jeane Baker from her perspective, rather than see it from the outside, the male gaze looking at a woman. He immersed himself in her perspective,” Oates explained.

Armas, 34, transformed into the sex symbol for the movie and donned Monroe’s blonde hairdo.

The novelist also described the long hours it took for the Cuban actress to turn into Monroe, noting it took about four hours just to put on the make-up needed for each scene.

“Blonde” caused controversy earlier this year when it was revealed that the movie would be rated NC-17, instead of rated R.

Dominik discussed the rating during a chat with Screen Daily in February and explained his reasoning for the risqué grade.

“It’s an NC-17 movie about Marilyn Monroe. It’s kind of what you want, right? I want to go and see the NC-17 version of the Marilyn Monroe story,” he said.

The “Killing Them Softly” filmmaker also confirmed that a rape scene with a studio executive would be shown on screen.

“It’s a demanding movie,” Dominik said. “If the audience doesn’t like it, that’s the f- -king audience’s problem. It’s not running for public office.”