Share 0FacebookTwitterPinterestLinkedinRedditEmail
It’s time to freshen up on your sleuthing skills, because season eight of The Masked Singer is just around the corner.
And, ahead of the Sept. 21 premiere, we have your first look at all of the costumed celebrity contestants for the next installment. This time around there are a record 22 costumes to consider—including an Avocado, Bride and Scarecrow—as The Masked Singer is switching up its format for season eight.
That’s right, the mystery singing competition, which features celebrities disguising their identities before performing, will only have one performer move on to the next round per episode. Specifically, the studio audience will vote for their favorite of three performances, which will result in the singer with the least amount of votes to be unmasked mid-show.
Following this, the two remaining contestants will compete in a Battle Royale of the same song. The loser of the Royale will also be forced to unmask.
So, you can now understand the need for more costumes. (Don’t stress about the change too much, as Robin Thicke, Jenny McCarthy, Nicole Scherzinger and Ken Jeong are still returning to the judging panel.) 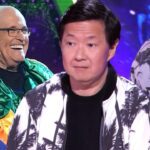 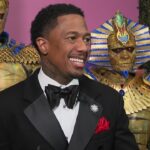 Nick Cannon on Baby No. 8 and How His Masked Singer Family Reacted (Exclusive) 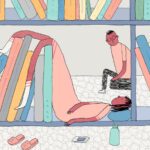 Was This a Meet-Cute or Meet Creep?
Share 0 FacebookTwitterPinterestLinkedinRedditEmail

Have You Been Hit by the Coinbase Email Scam?

Ava Phillippe Shares She Was “Worried” About Age Gap With...
6 mins ago
6 Innovative, Eco-Friendly Kitchen Additions
7 mins ago
I didn’t realize I was pregnant until I came back...
10 mins ago