Share 0FacebookTwitterPinterestLinkedinRedditEmail
Miley Cyrus‘ older brother Trace Cyrus is on the road to better health after a harrowing year.
On Aug. 17, the 33-year-old shared a side-by-side comparison photos of himself, which one showing him appearing more physically fit.
“The picture on the left is what I looked like at the end of last year,” Trace wrote. “I was mentally destroyed & it really affected my physical health. The pic on the right is me now. Your mindset is everything. It can be your greatest asset or your worst enemy. F–k motivation. Stay dedicated!”
Trace had documented his health journey on social media in recent months. In May, after a two-month break from Instagram, he shared that he has “been super focused lately on my physical & mental health,” and was almost finished working on a new album.
In June, Trace wrote on Instagram that he’s “been doing a lot more cardio and I’m actually starting to enjoy it.” Later that month, he shared that he’s been “going crazy in the gym lately.” 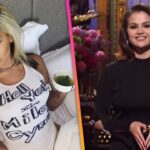 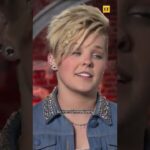 Jojo Siwa cut her hair because of Miley Cyrus #shorts 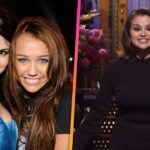 Do You Ever Have to Tell Your Boss About Your Second Job?

Law & Order: Ice-T on Hope for Mariska Hargitay &...
7 mins ago
What Is Consent Phishing and Why Is It Dangerous?
27 mins ago
This TikTok Is Right About Never Closing your iPhone Apps
29 mins ago