Netflix buckles to protests, adds disclaimer for racy royal season 5 of The Crown 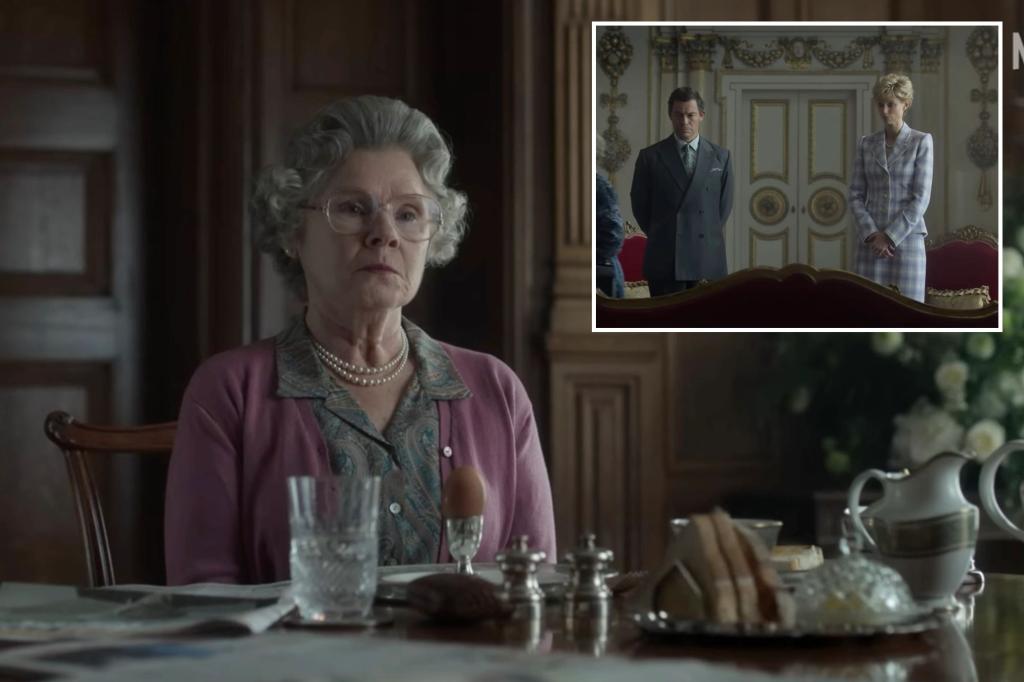 Netflix has buckled to protests demanding it makes clear its royal TV series “The Crown” is a “fictional dramatization.”

The streaming giant quietly added the label as it dropped a trailer for the show’s racy season 5 Thursday — hours after Dame Judi Dench became the latest to attack the company for not doing so.

“Inspired by real events, this fictional dramatization tells the story of Queen Elizabeth II and the political and personal events that shaped her reign,” the show’s description now reads.

The disclaimer was posted alongside its new season YouTube trailer as well as the description on its dedicated social media pages and its homepage on Netflix.

A similar message was not, however, included in the trailer itself. It is not immediately clear if one will be included during new episodes in season 5 when it starts streaming on Nov. 9.

Netflix has answered to calls demanding it makes clear its royal TV series “The Crown” is a “fictional dramatization.”Netflix

The show’s producers have long resisted angry calls to include such warnings despite openly admitting the series’ scenes are often wild exaggerations if not outright guesswork.

Thursday’s new label came just hours after The Times of London published an open letter from Dench calling the show “cruelly unjust” and “hurtful” so soon after the death of Queen Elizabeth II.

A disclaimer was particularly needed now that the new season “comes to our present times,” she said, with the trailer focusing on the new King Charles III and his doomed marriage to now-deceased Princess Diana.

“The time has come for Netflix to reconsider — for the sake of a family and a nation so recently bereaved, as a mark of respect to a sovereign who served her people so dutifully for 70 years, and to preserve its reputation in the eyes of its British subscribers,” Dench wrote.

She noted scenes teased from the upcoming season, including one in which “King Charles plotted for his mother to abdicate.”

Netflix did not immediately respond to requests for comment.

A Russian fighter jet crashes into a home in Siberia, killing the two pilots.

John Kerry Plans to Meet With Biden to Discuss His...
16 mins ago
3 Bold Ideas to Shake Up Your Holiday Tabletop Decor
26 mins ago
Late-Winter and Early-Spring Bloomers for the Southeast
48 mins ago