Share 0FacebookTwitterPinterestLinkedinRedditEmail
Neve Campbell is staying booked and busy.
The actress is set to star on David E. Kelley‘s upcoming ABC drama Avalon, E! News has confirmed.
Based on a short story by Michael Connelly, the series takes place in the city of Avalon on southern California’s Catalina Island. Campbell will play Detective Nicole “Nic” Searcy, the lone detective stationed at the tourist hotspot.
“Somewhat inscrutable, Nic isn’t easily intimidated and holds firm to her morals,” according to the network. “Ironically, her strong moral compass is what got her banished to Catalina’s biggest city, Avalon. It’s a gig no career-driven L.A. cop wants, but Nic soon discovers her valuable detective skills are needed more on Avalon than she could have imagined.”
Avalon marks a reunion for Campbell and Kelley after the actress starred on season one of Netflix’s The Lincoln Lawyer earlier this year, which Kelley created based on The Brass Verdict, also written by Connelly. Campbell will return for season two.
Kelley is the TV mastermind behind other shows like Big Little Lies, Nine Perfect Strangers, Ally McBeal and The Practice. 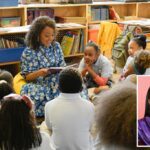 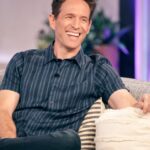 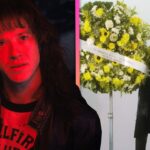 You Need to Take a ‘Suburbs Day’

What Is Consent Phishing and Why Is It Dangerous?
7 mins ago
This TikTok Is Right About Never Closing your iPhone Apps
10 mins ago
Does Marigold Need Full Sun?
16 mins ago