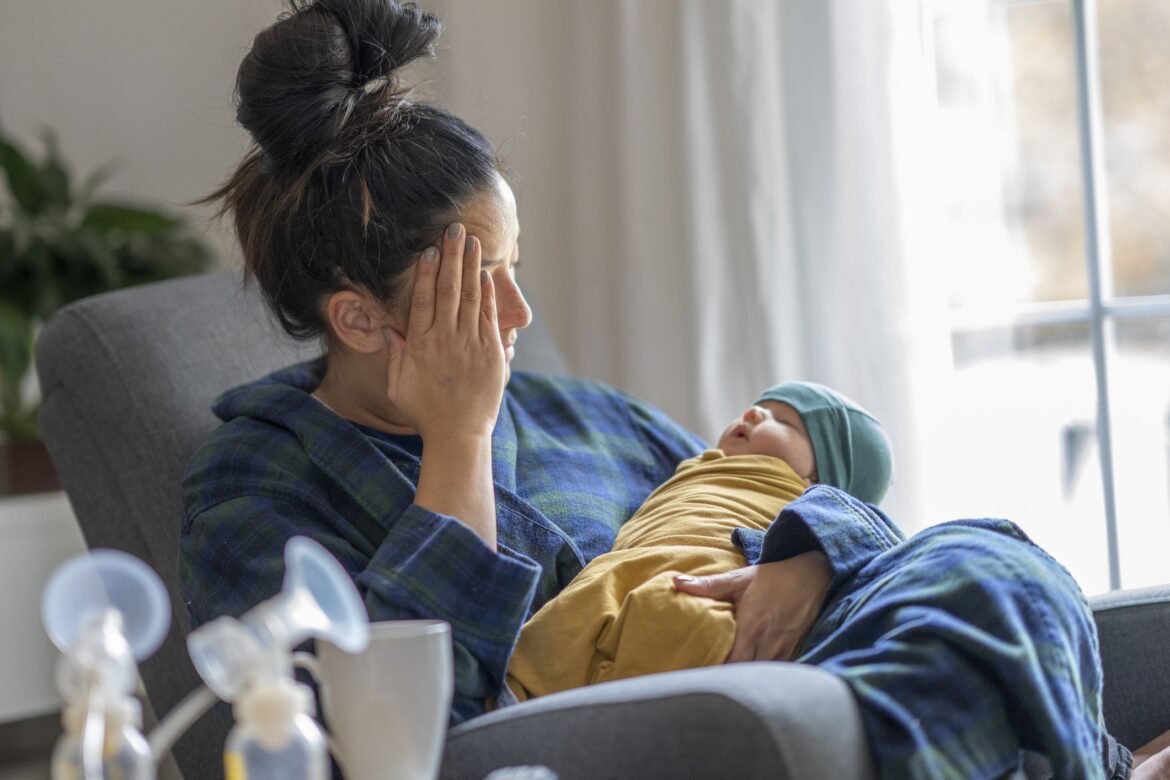 Mothers over age 40 who have given birth to twins have the highest risk of postpartum depression, according to a new study published in the Journal of Affective Disorders. The risk of postpartum depression is also higher for first-time mothers and birthing parents under the age of 25. The study findings came from answers to survey questions about postpartum feelings and emotions. Over 1 million moms worldwide participated, making this study one of the largest of its kind.

“I think the significance of this study is really that it’s large, it’s cross-cultural, it’s cross-national, and it really makes it clear that, for instance, twin pregnancies [lead to] a higher risk than single pregnancies. Younger age is [also] clearly a risk factor,” explains Jennifer L. Payne, MD, the lead author of the study and director of the Reproductive Psychiatry Research Program at the University of Virginia School of Medicine.

One of the first steps in dealing with the condition is recognizing the symptoms. Signs of postpartum depression include extreme sadness and frequent crying, having thoughts of hurting yourself or your baby, having little energy or trouble focusing, and problems with sleeping. Experts say if symptoms persist for more than two weeks, you should reach out to your healthcare provider.

What the Study Found

Researchers from the University of Virginia School of Medicine, John Hopkins University, and Flo Health used the Flo app to distribute the survey to people who had given birth. Over 1 million women from 138 countries responded to the “After Childbirth Survey” between January 2018 to April 2020. Women answered questions about their mood and emotional state after delivery, with responses ranging from being in “high spirits” to “experiencing anxiety, irritability, dissatisfaction” or “feeling hopeless and sad.”

“Twin pregnancies are more likely to be complicated, and complicated pregnancies have higher rates of postpartum depression,” Dr. Payne states. “I think there’s also psychosocial reasons why women over the age of 40 with twin pregnancies might have a higher rate in that … when you’re over 40, suddenly having twins could be a shock to your system,” she adds.

Along with younger age and twin births, other risk factors of PPD include a history of major depressive or bipolar disorder, a family history of postpartum depression, relationship or financial problems, difficulty breastfeeding, health problems with the baby, and depression during pregnancy.“It’s actually quite important to identify and treat postpartum depression, not only to make mom feel better but to improve outcomes for her children,” Dr. Payne says. “If mom is depressed postpartum … the exposed children have lower IQs, lower language development, and they’re more likely to develop ADHD, and have behavioral problems. There appears to also be an increased risk for the later development of psychiatric disorders.”

Lowering Your Risk and Getting Help

There are things that you can do to help lessen your risk of developing postpartum depression.

First, educate yourself. Find out if anyone in your family struggled with depressive episodes. Be in tune with yourself and aware of your mood, behaviors, and emotions. If something seems off or unsettling, don’t ignore it. Seek medical help if needed.

Practical steps you can take include surrounding yourself with a strong social support system, getting out in the fresh air and exercising, incorporating times of calm and meditation, taking medication prescribed by your doctor, and talking with a therapist.

Ultimately, the more people discuss the risks, symptoms, and ways to get help for postpartum depression, the better off delivering mothers and their children will be.

Being a parent can be a tough and emotional experience. But when difficult or negative emotions persist after giving birth, moms should seek help. Dealing with postpartum depression is nothing to be ashamed of. Talk about your feelings, seek out support, and get the help that you need.