Share 0FacebookTwitterPinterestLinkedinRedditEmail
Oprah Winfrey is honoring a legend.
Sidney, the documentary detailing the life and legacy of Sidney Poitier, is officially on its way to our screens. And on Sept. 23, the producer posted a powerful teaser for the documentary to her Instagram page, giving us a glimpse into the world of the iconic actor and the impact he had on Hollywood and the Black community.
The promo kicks off with a pair of prolific actors speaking about the A Raisin in the Sun actor. First, there’s Denzel Washington, who says, “He had big shoulders, he was given big shoulders, but he had to carry a lot of weight.” Morgan Freeman continues with, “In all my formative years, I was focusing on that light.”
Spike Lee then chimes in declaring, “It’s not easy being the first.”
In 1964, the Hollywood legend made history as the first Black actor to win an Academy Award in the Best Actor category. The milestone paved the way for other Black performers who came after such as Halle Berry, who became the first Black woman to win a Best Actress Academy Award in 2002.
The Monsters Ball actress, who is also a part of the tribute, shares in the trailer, “It was the first time I’d ever seen a Black man assert his power.” Music and film producer Quincy Jones adds, “Bam! That had never happened on the screen before.”
Former President Barack Obama also reflected on the actor saying, “Poitier once called his driving purpose to make himself a better person and he made us all a little bit better along the way.”
And it wasn’t just actors who felt those sentiments, as singer Lenny Kravitz added, “He came to this earth to move it,” before Oprah ended the teaser saying, “Biggest box office draw, Black man, 1967, 68′, and the whole country is spiraling around him.” 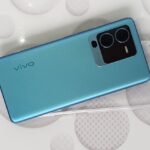 House of the Dragon: Rhaenyra & Daemon Are Finally Together

How Mel C Almost Got Kicked Out of Spice Girls (Exclusive)