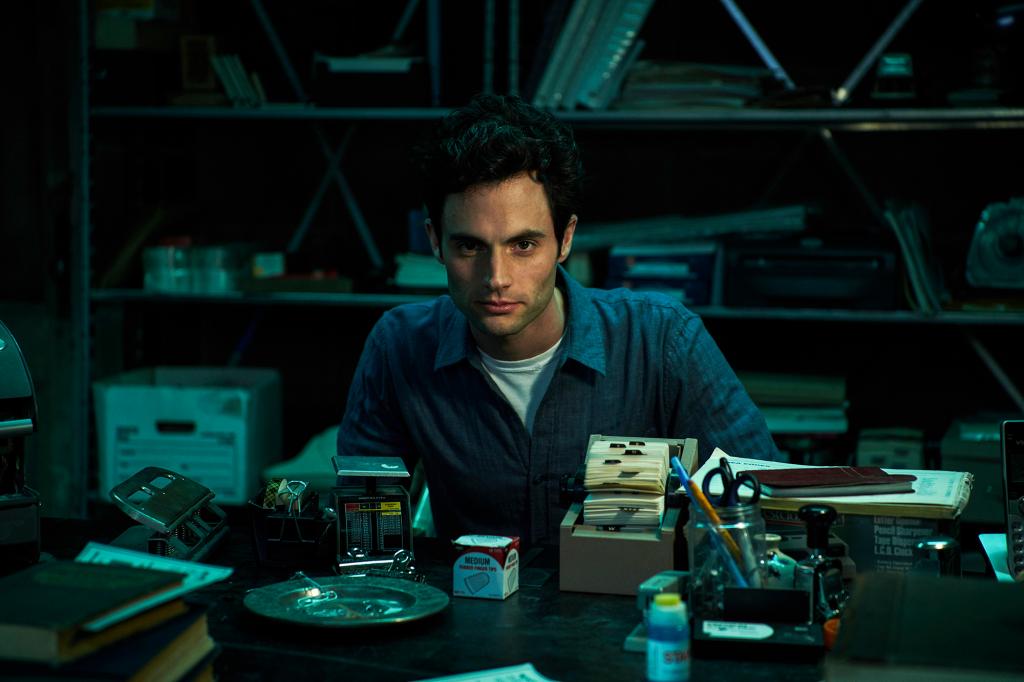 The Netflix star, 35, revealed on his “Podcrushed” podcast that every time he shot a self-pleasure scene, directors called him out for being too “creepy.”

Badgley said the director pointed out that having his eyes open was part of the problem.

“I just remember I wouldn’t close my eyes and the director came up to me,” he explained. “He was like ‘Buddy, I think you gotta close your eyes.’”

However, Badgley noted that being chilling was “the f–king point” of his character, Joe Goldberg, a serial killer.

“That’s just the strange line that we’re always walking on our show. Examining toxicity in sexual culture while also trying to be sexy,” he said. “You read it. It’s actually kind of funny or it’s creepy but it serves the story.”

The Netflix thriller ended its third season last year and has been shooting its fourth installment in London.

Star Tati Gabrielle opened up to Page Six last October about what it was like to film intimate scenes with Badgley.

The 26-year-old — who plays Marienne Bellamy — admitted she “freaked out” while filming her first sex scene.

“I was so nervous,” the “Chilling Adventures of Sabrina” actress said. “I told Penn upfront, ‘Hey, I’ve never done this before.’ And he was like, ‘It’s gonna be OK.’”

“We had a great intimacy coordinator on set. So we were able to walk through everything and have a good idea [of what to do],” she continued. “It became more of a dance, like a choreographed dance than it was, like, having to feel that nervousness and be awkward or weird.”