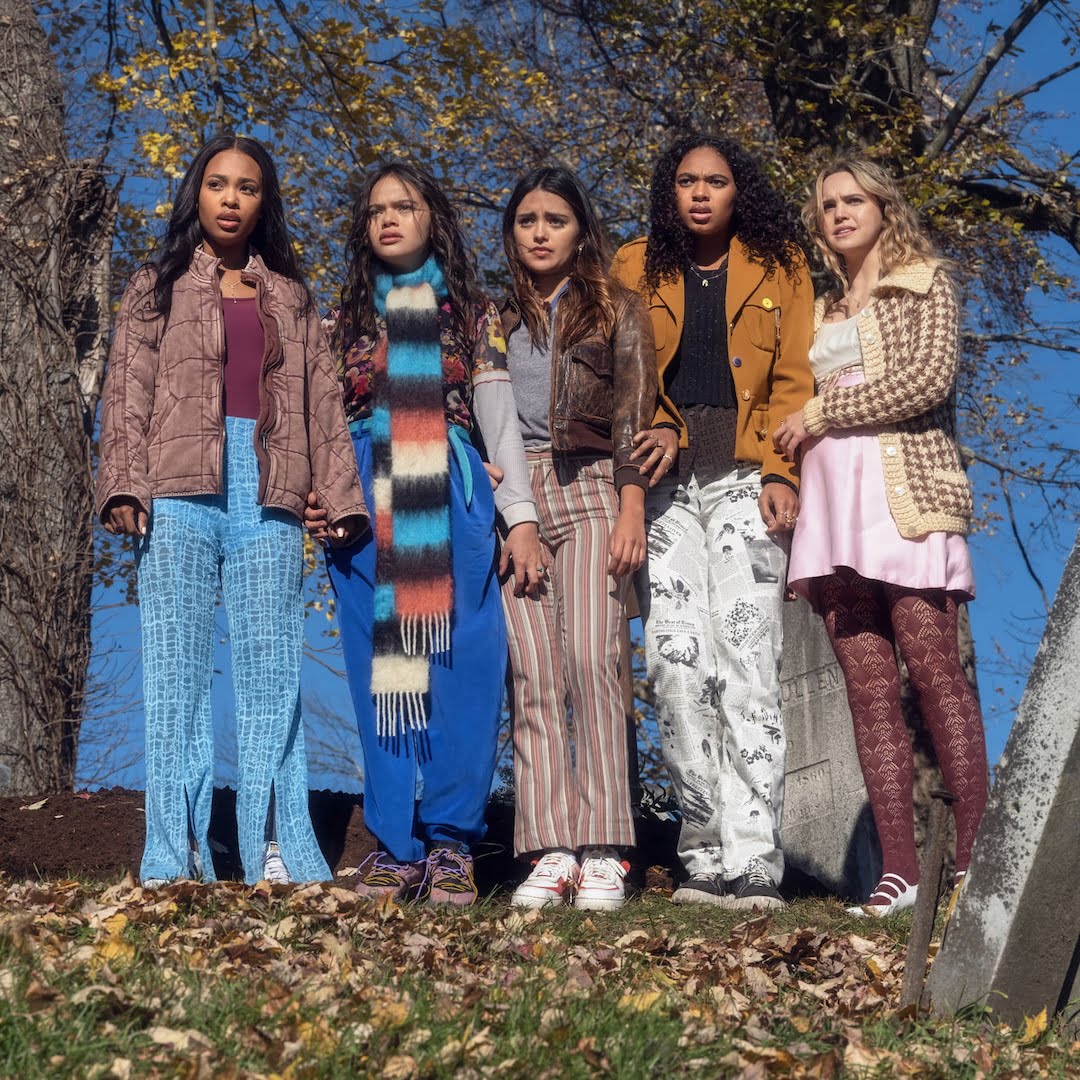 Share 0FacebookTwitterPinterestLinkedinRedditEmail
There’s a new “A” on TV.
Pretty Little Liars: Original Sin debuted July 28 on HBO Max, introducing viewers to a new crop of Liars—including Bailee Madison, Chandler Kinney, Zaria, Malia Pyles and Maia Reficco—that are being terrorized by a masked assailant.
Why? Well, the streamer’s description for the series put it best, sharing, “Twenty years ago, a series of tragic events almost ripped the blue-collar town of Millwood apart. Now, in the present day, a group of disparate teen girls find themselves tormented by an unknown Assailant and made to pay for the secret sin their parents committed two decades ago…as well as their own.”
So, this new “A” could have something to do with the tragic death of Angela Waters in 1999 or be totally unrelated. For instance, in the premiere episode, we learned that Karen (Mallory Bechtel) hates Imogen (Madison) for kissing her boyfriend. She also suspiciously delivers the first note from “A,” which results in Imogen’s mother killing herself.
Karen is later murdered by “A,” but could the culprit be her equally conniving sister Kelly (also played by Bechtel)? Could they have been in on the torment together?

NYC speed cameras to run around the clock beginning Monday

What to Do When the Snipping Tool Keyboard Shortcut Stops Working