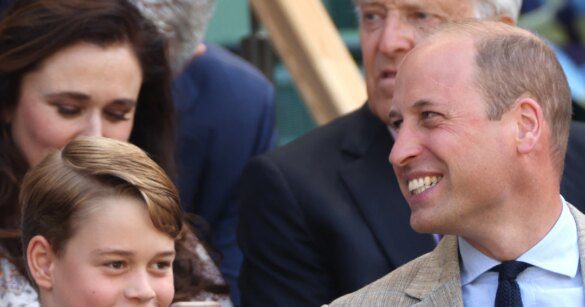 Share 0FacebookTwitterPinterestLinkedinRedditEmail
Welcome to Wimbledon, Prince George!
On July 10, the 8-year-old future heir to the British throne made a surprise appearance at the men’s single’s final match at Wimbledon 2022, marking his first time at the tennis tournament. George accompanied his parents, Kate Middleton and Prince William, in the Royal Box to watch Serbia’s Novak Djokovic face off against Australia’s Nick Kyrgios on day 14 of the championship at the All England Lawn Tennis Club.
Wearing a navy suit and matching striped tie, George was seen waving to fans as he sat with his mom and dad. Kate wore a navy and white polka dot gown, while William sported a beige suit and navy tie.
Before the match, George and his parents greeted ball boys and girls and other Wimbledon staff. George was asked who he was supporting at the match but appeared to be too shy to answer, after which William looked at him and whispered, “Djokovic,” The Telegraph reported. The Duke of Cambridge then added, “We’ll see how long it lasts. He’ll support the winner.” 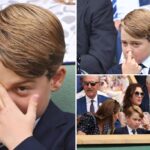 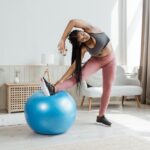 Denmark’s long COVID patients feel abandoned by pandemic response
8 mins ago
10 Valuable Apps and Devices for Kids’ Sleep Health
52 mins ago
This Panoramic Island Hideaway Is the Ultimate Blueprint for Open...
1 hour ago