Home » RHOA: Looking Back at Marlo Hampton’s First Season With a Peach
Entertainment

RHOA: Looking Back at Marlo Hampton’s First Season With a Peach Share 0FacebookTwitterPinterestLinkedinRedditEmail
Marlo Hampton‘s first season as a full-time cast member of The Real Housewives of Atlanta is coming to a close.
Though the fashionista has appeared on the Bravo series in some capacity for eight of the last 10 seasons, RHOA‘s latest iteration gave fans the opportunity to get to know Marlo outside of her friendships with the Housewives. Viewers watched as Marlo opened up about her parenting journey after taking in her two nephews—including the hardships that came with the decision—as well as the work she does with her charity, Glam It Up.
Marlo’s been equally grateful for the promotion, telling E! News in April, “Getting the peach meant a lot to me for my fans. At some point it was depressing just to see everything—’Why don’t you have a peach? Give her a peach!’—to a point where I wanted it to stop.”
“But it just felt so good when I found out I had a peach,” she continued. “I’m like, ‘Yes! My supporters and fans are going to be so happy.’ It was just an amazing feeling and I just feel everything happens at its right time and right now it’s my time.” 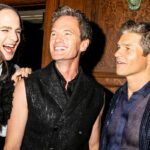 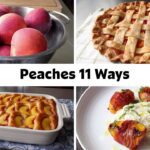 The Out-of-Touch Adults’ Guide to Kid Culture: Who Is Corn Kid?