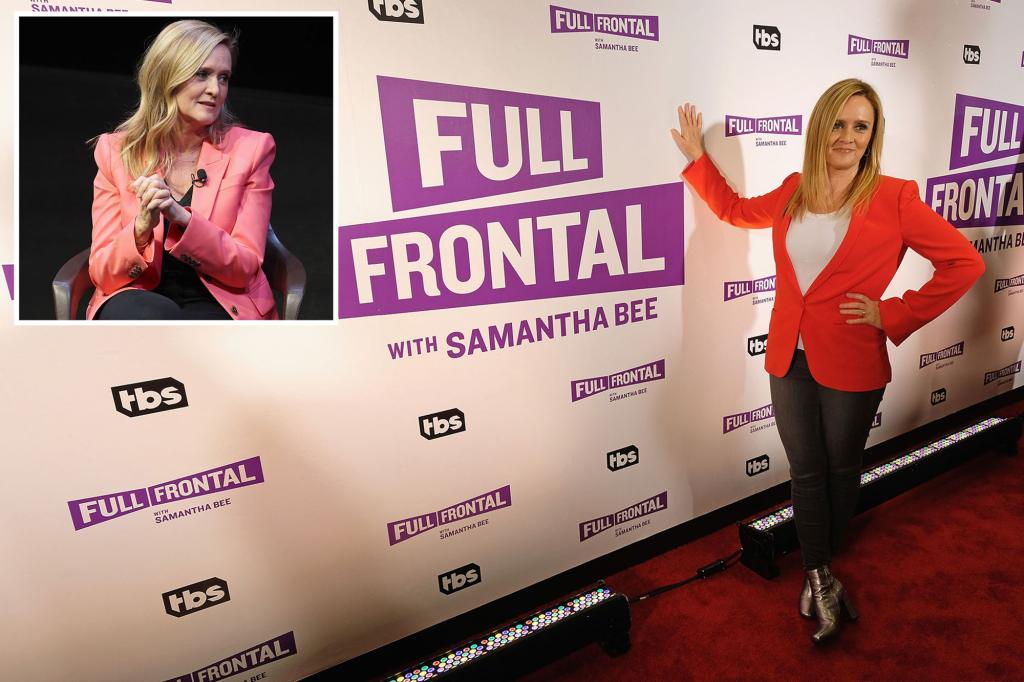 “Full Frontal with Samantha Bee” is the latest late-night show to get axed from network television.

TBS said the show will not return in the fall after the network “made some difficult, business-based decisions” about their new programming strategy, Variety reported.

“Bee made television history in the late night space, paving the way for female voices in what has traditionally been, and continues to be a male-dominated landscape,” the 52-year-old comedian’s reps said to The Post about her seven-season run.

Premiering Feb. 8, 2016, Bee’s gig came months ahead of Donald Trump’s whirlwind presidency. She recently achieved the show’s 200th episode, a major milestone considering the show was filmed in her backyard throughout the COVID-19 pandemic. Production never returned to the New York City studio, but rather to its own studio in Norwalk, Conn.

The former “Daily Show” correspondent used her platform to tackle political issues in expletive- and joke-laced monologues — which sometimes landed her in hot water.

In 2021, TBS renewed “Full Frontal” despite the show’s low-ranking viewership compared to late-night colleagues Stephen Colbert (CBS), Jimmy Kimmel (ABC) and Jimmy Fallon (NBC). These shows averaged 1.5 million to 2 million nightly viewers in 2020-2021 according to Nielsen, while Bee entertained around 451,000 fans per night.

” ‘Full Frontal with Samantha Bee’ continues to reach nearly 2.9 million viewers per episode and currently boasts more than 502 million YouTube views,” TBS said in a statement at the time of its renewal.

WarnerMedia also axed Conan O’Brien’s “Conan” from TBS in 2021 after 11 years on TV. Influencer Lilly Singh and NBC’s show in the wee hours of the morning didn’t work out, either. Bee’s shakeup also comes as James Cordon is set to depart from CBS’s “The Late Late Show” next fall.

Couple celebrates postponed wedding with ‘Back to the Future’-themed party