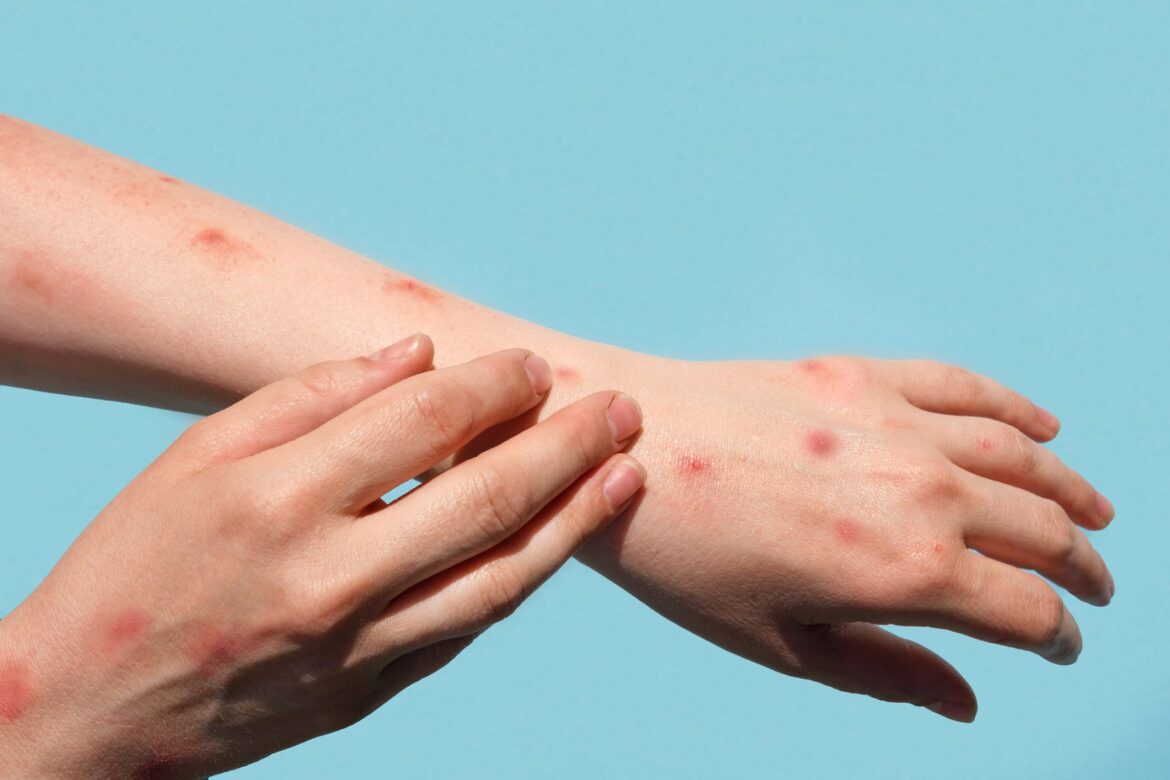 Headlines about a rise in cases of monkeypox around the world and in the U.S. can be scary. If you’re a parent, you may be wondering what this news means for you and your children. At this point, experts agree the risk of monkeypox to the vast majority of people is low, and there have been no cases of monkeypox in U.S. children so far. Still, it’s understandable parents would be concerned about monkeypox, and want to know what the risks are to their children—now or in the future.

Monkeypox is an infection caused by orthopoxvirus, and is in the same family as smallpox. While monkeypox causes bumpy lesions, it’s not in the same virus family as chickenpox, which is caused by the varicella virus.

The monkeypox virus was first discovered in Africa in 1958. Although it was discovered in monkeys—which is how it got its name—it’s not clear how it originated in monkeys. Monkeypox is also commonly seen in non-human primates and in rodents, such as squirrels and rats.

Typically, monkeypox is a less severe and less contagious infection than smallpox. Some individuals can experience serious illness from monkeypox, particularly children under the age of 8, pregnant people, and people who are immunosuppressed. The American Academy of Pediatrics (AAP) points out monkeypox is much less contagious than COVID-19.

Monkeypox is spread from prolonged contact with an animal or human who is infected. It is mostly spread through close contact with respiratory fluids, lesions, and body fluids. After you are exposed to monkeypox, it can take about 6-13 days for symptoms to develop.

The same vaccine used for smallpox is effective against monkeypox. Most people aren’t routinely vaccinated against smallpox anymore, but if you are exposed to monkeypox, the smallpox vaccine may offer you protection, according to the CDC.

At this point, there is no monkeypox or smallpox vaccine for children. There is a two-dose vaccine approved for those over the age of 18 in the U.S. called Jynneos. On June 28, the Biden Administration announced it was making 56,000 doses immediately available to fight monkeypox, with another 240,000 in the weeks following. U.S. officials are also promising up to a million more doses in the near future. The Government is prioritizing areas of the country with the highest monkeypox rates and the highest number of people at risk. There is a second vaccine known as ACAM2000, which is more commonly used for smallpox. However, health officials say it has a greater risk of side effects and cannot be given to those who are immunocompromised or those with heart disease.

Symptoms of Monkeypox in Kids

Monkeypox symptoms are similar in both kids and adults, says Oladele A. Ogunseitan, PhD, professor of population health & disease at the University of California, Irvine. The main signs of infection are fluid-filled lesions on the skin, Dr. Ogunseitan explains. However, the infection doesn’t start off with those telltale bumps. “The period of virus invasion of the body is characterized by fever, headache, swollen lymph nodes, muscle pain, and lack of energy,” he describes.

The monkeypox rash has a typical progression of its own, explains Pierrette Mimi Poinsett, MD, a pediatrician and consultant for Mom Loves Best. “Initially, the rash is flat spots that progress from raised bumps to fluid-filled blisters,” she says. “Then pus white-yellow filled sores, then finally scabs.” Importantly, Dr. Poinsett notes, a person with monkeypox is contagious from the moment they have initial symptoms until the spots are completely scabbed over.

Symptoms of monkeypox typically resolve within two to four weeks, as reported by the CDC.

What Are the Risks of Monkeypox to Children?

Most cases of monkeypox are confined to central and west Africa, but sometimes outbreaks outside the region happen. The current outbreak has spread throughout the world, including in the U.S. The CDC notes the risk to the overall U.S. population is currently low.

Scott Pangonis, MD, MS, FAAP, pediatric infectious disease physician at Akron Children’s Hospital says at this time, the chance that your child will become infected with monkeypox is unlikely. “Luckily, there have been no U.S. cases of children becoming infected,” he points out. Still, children can become infected. “Children make up a large number of the cases in Africa where monkeypox is more common,” Dr. Pangonis points out.

How Worried Should Parents Be About Monkeypox?

It’s important to reiterate that the current risk to all Americans, including kids, is considered low. Dr. Poinsett says that while it’s true there are currently cases of community transmission of the virus in the U.S., this is only happening between people who have lengthy, close personal contact with an infected individual. “Parents should be aware of the signs and symptoms of monkeypox but not excessively worry,” she assures.

Dr. Pangonis agrees. “I do not think parents should worry about monkeypox at this time given the lack of cases in kids,” he says. At the same time, parents should stay up-to-date on the news, as things may change as the outbreak progresses. “My concern level as a parent would rise if the number of cases in my area increased,” Dr. Pangonis added.

Do Parents Need to Take Precautions Against Monkeypox?

Although the risk of you or your child contracting monkeypox is currently low, if you were in contact with someone who had monkeypox, it’s important that you take precautions, says Dr. Ogunseitan.

“Anyone who thinks that might have been exposed should quarantine and practice the same hygienic practices that we are now used to in response to COVID-19, including washing hands, and social distancing,” Dr. Ogunseitan explains. If someone in your household comes into direct contact with monkeypox, vaccination may also be recommended. This is something you should speak to your healthcare provider about for more information.

If you hear of local outbreaks in your area, or your child’s daycare or school, many of the common sense hygiene methods used to prevent other infections, including COVID-19, will also help with monkeypox, says Dr. Ogunseitan.

Good hand hygiene is particularly important with monkeypox since it’s often transmitted through respiratory and bodily fluids. The CDC recommends washing your hands with soap and water or using hand sanitizer, especially if you think you may have come into contact with an animal or human who is infected with monkeypox.

As parents, it’s easy to get worried about new outbreaks of serious diseases—especially after the past few years of living through the COVID-19 pandemic. You can take comfort in knowing the current risk of monkeypox to your children and your family is low. As with everything else, continue to watch the news for updates. If you have any concerns or believe you may have been exposed to monkeypox, don’t hesitate to reach out to your healthcare provider.

New Study Points to the Optimal Time for IVF Success

Wendy Williams Has a NEW MAN! What We Know About Marriage Claims

Wendy Williams Has a NEW MAN! What We Know About Marriage Claims
August 9, 2022
1Password 8 arrives on Android and iOS with a big redesign and personalized home
August 9, 2022
Endless summer: Cyprus has one of Europe’s longest beach seasons
August 9, 2022