Share 0FacebookTwitterPinterestLinkedinRedditEmail
Christine Brown is done sharing.
After splitting from her partner of 25 years, Kody Brown, in November 2021, the Sister Wives star has revealed she’s leaving polygamy and her Mormon faith behind.
“I started thinking maybe this isn’t working for me,” Christine told People. “And then I stopped believing in polygamy. I realized I didn’t really want to live it anymore. I didn’t like sharing a husband or feeling like I wasn’t important.”
Christine, who said she first started thinking about a change in 2018, was previously in a plural marriage with Kody and his three other wives: Meri, Janelle and Robyn.
The 50-year-old reality star left the family compound in Flagstaff, Ariz., for Salt Lake City, Utah, where she has found peace.
“We got here and that night when I went to bed, I realized I was home,” she said. “It was just like that. And I got to start over again and it was exciting and it was new and so scary because I had no idea what to expect, but I was so excited. I remember feeling hope for the first time in a long time because I just got to take my life by my own and go. It was wonderful.” 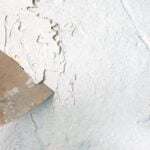 How to Remove Unwanted Texture From Your Walls

This Free App Alerts You Whenever Google Collects Your Browsing Data