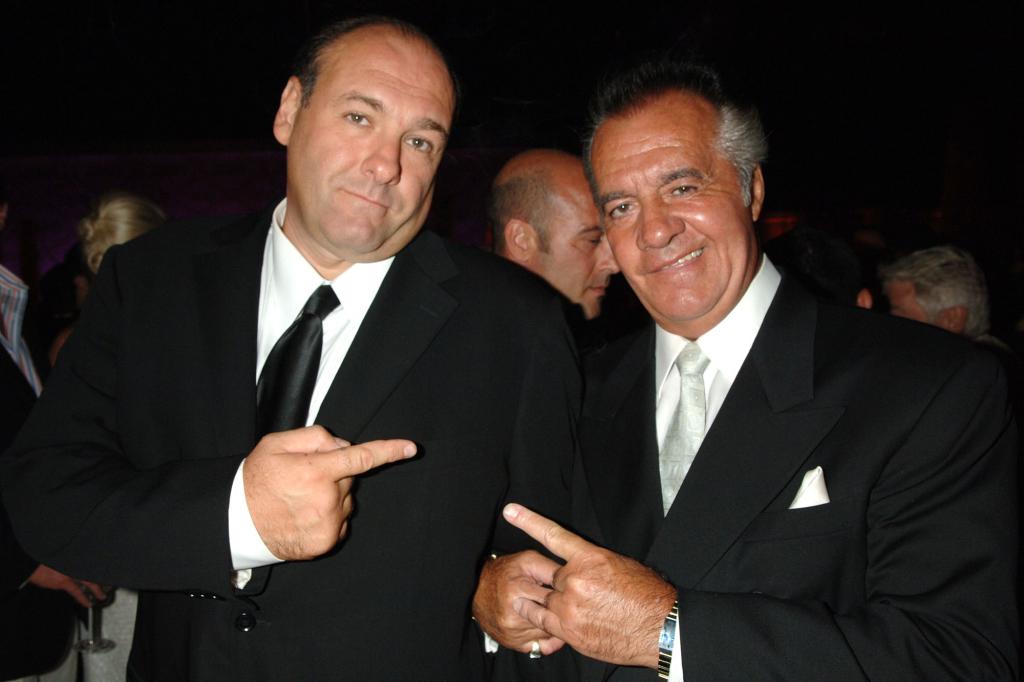 To quote his most famous character, here’s to a “half o’ wiseguy.”

Tony Sirico — best known for his prolific portrayal of ganger Paulie “Walnuts” Gualtieri on HBO’s legendary “The Sopranos” — was remembered fondly by family, friends and fellow cast members as he was laid to rest Wednesday in South Brooklyn.

Born Gennaro Anthony Sirico Jr., on July 29, 1942, he died at age 79 on Friday, his brother and priest Father Robert Sirico announced on social media Friday. His funeral was broadcast via livestream Wednesday morning.

Robert celebrated his brother’s funeral mass at Basilica of Regia Pacis in Sirico’s home Brooklyn nabe, acknowledging cast members along with “loyal and exuberant fans” who came to pay their respects to the beloved actor.

The role of a tough guy came naturally to Sirico: He was arrested 28 times throughout his life, the first coming at age 7 for stealing change from a newsstand, the LA Times reported.

“After all the times I was pinched, I knew every judge in town,” Sirico, who also played made men roles in 1990’s “Goodfellas” and the 1996 “Gotti” film. “I was a tough kid. I always had that itch in my britches to find out who I was. I tested my [courage] every night.”

During the homily, Robert reminisced of a time many years ago that his brother refused communion, admitting he hadn’t been to confession in a very long time.

But a few weeks ago when Robert “sensed that the end was coming” during visit to Tony in Florida, he finally went through with his confession, the priest told those in attendance.

“My friends, if Paulie Walnuts can steal heaven, so can you and I,” Robert said.

Even though he played a loyal soldier to James Gandolfini’s Tony Soprano, in real life Sirico was never afraid to stand up to the boss — in his case, it was show creator David Chase.

“He was the only one who ever asked me to have a line changed. And I did it,” Chase told Variety. “Another character was talking about Paulie, and they said he was a bully. Tony didn’t like that … He asked me to take the word ‘bully’ out of there. And I did,” the creator added, saying Sirico was “part of one of the greatest casts of all time.”

Fellow Sopranos cast members too were quick to see how Sirico not only brought the role to life but what playing Paulie meant to him.

“He was never happier than playing Paulie Walnuts. Perfect casting. Rest easy Tony. You did good,” David Proval, who played Richie Aprile on “The Sopranos” posted to Instagram, calling Sirico “the real deal.”

This is a breaking news story. Check back for photos and updates.

6 Digital Music Careers for Aspiring Musicians
August 9, 2022
How Grease Stars Are Paying Tribute to Olivia Newton-John
August 9, 2022
A Songwriter and His Sister Take on a Hollywood Hills Fixer-Upper
August 9, 2022