Share 0FacebookTwitterPinterestLinkedinRedditEmail
Lee Jung-jae is taking home an Emmy—and a bit of television history to go along with it.
With his win for Outstanding Lead Actor in a Drama Series at the 2022 Emmys on Sept. 12, the Squid Game star became the first actor to win the category for a non-English speaking role.
For all of the winners from the TV’s biggest night, click here.
Jung-jae triumphed over Succession‘s Jeremy Strong and Brian Cox, Ozark‘s Jason Bateman, Better Call Saul‘s Bob Odenkirk and Severance‘s Adam Scott.
In his speech, he thanked Squid Game creator Hwang Dong-hyuk, who took home the Emmy earlier in the evening for Outstanding Directing for a Drama Series, for making “a realistic problem we all face come to life so creatively with on the screen with with a great script and amazing visuals.”
He ended his speech with a message in Korean, a fitting touch on such a historic evening. 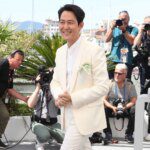 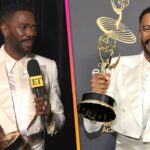 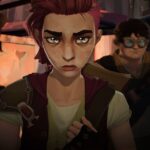 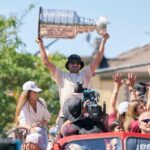 Man goes through McDonald’s drive-thru on horseback, gallops off with 100 chicken nuggets

6 Reasons Why You Should Skip the iPhone 14

Is BeReal Safe?
23 mins ago
What Is Dracaena Trifasciata?
52 mins ago
Los Angeles officials challenge accuracy of latest homelessness count, demand...
56 mins ago