Share 0FacebookTwitterPinterestLinkedinRedditEmail
This TV ad is a total touchdown.
Teresa Giudice is trading table-flipping for tackling in an epic new football-themed commercial. Joined by fellow Real Housewives icons Kyle Richards and Kenya Moore, the three Bravolebrities hit the grid iron with real NFL stars for DIRECTV’s “Get Your TV Together” campaign, which mashes up the worlds of reality TV and sports.
In the clip, Teresa goes head-to-head with Dallas Cowboys quarterback Dak Prescott, knocking him to the ground and even outrunning his teammates to make it to the end zone, all while other “Housewives” invade the football field and hijack the game. After Teresa’s impressive touchdown, Dak knocks over a table in frustration.
“Who flips a table?” Teresa quips, a nod to her infamous RHONJ season one outburst over former co-star Danielle Staub.
Meanwhile, Kenya catches a football in her high-end purse as Kyle drags Dak off the field by his foot before declaring victory for team Housewives. 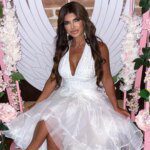 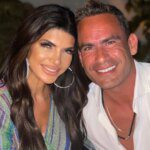 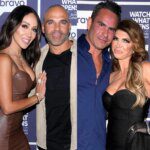 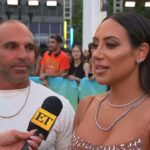 ‘Plow’ Your Leaves With Cardboard
19 mins ago
Deepti Vempati Reveals Her Thoughts on Kyle Abrams’ New Girlfriend
29 mins ago
#ActYourWage is the new quiet quitting: ‘Visibility doesn’t pay the...
33 mins ago