The Man, the Myth: Inside Keanu Reeves’ Inscrutable Private World Share 0FacebookTwitterPinterestLinkedinRedditEmail
In 1993, River Phoenix died of an accidental drug overdose—another painful thing Reeves didn’t want to talk about, but he spoke fondly of his friend and My Own Private Idaho co-star.
“I enjoyed his company. Very much,” Reeves told Rolling Stone in 2000. “And enjoyed his mind and his spirit and his soul. We brought good out in each other. He was a real original thinker. He was not the status quo. In anything.”
As for Phoenix’s death, “It’s something he thinks about all the time, something he never really talks about,” a friend of Reeves’ told People. “Friends know not to go there with him.”
(Reeves later told The Guardian that it wasn’t getting older that made him think more about the people he’d lost over the course of his life. “It’s always with you, but like an ebb and flow,” he said. Asked if he thought about anyone in particular, he replied, “Lots of people.”)
In 1994 his estranged father, Samuel, was sentenced to 10 years in prison for drug possession in Hawaii, but was released in two. “Jesus, man. No, the story with me and my dad’s pretty heavy. It’s full of pain and woe and fucking loss and all that s–t,” he told RS around that time. In 1995, he told Vanity Fair, when asked why he didn’t want to know more about his dad’s case, “Why would I want to find out what I didn’t know?” He called the situation “pretty incredible,” and that was that. 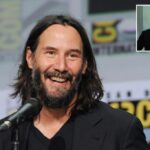 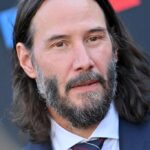 Could Keanu Reeves be ready to suit up as Batman? 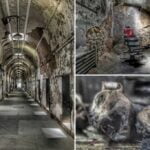 EU leaders set to debate price cap on gas to...
7 mins ago
10 Of The Best Lipsticks To Power Up Your Pout
15 mins ago
With a Nudge From Mom, a First Date Led to...
18 mins ago