Home » ‘Thor: Love and Thunder’ storms to top of the box office
Entertainment

‘Thor: Love and Thunder’ storms to top of the box office 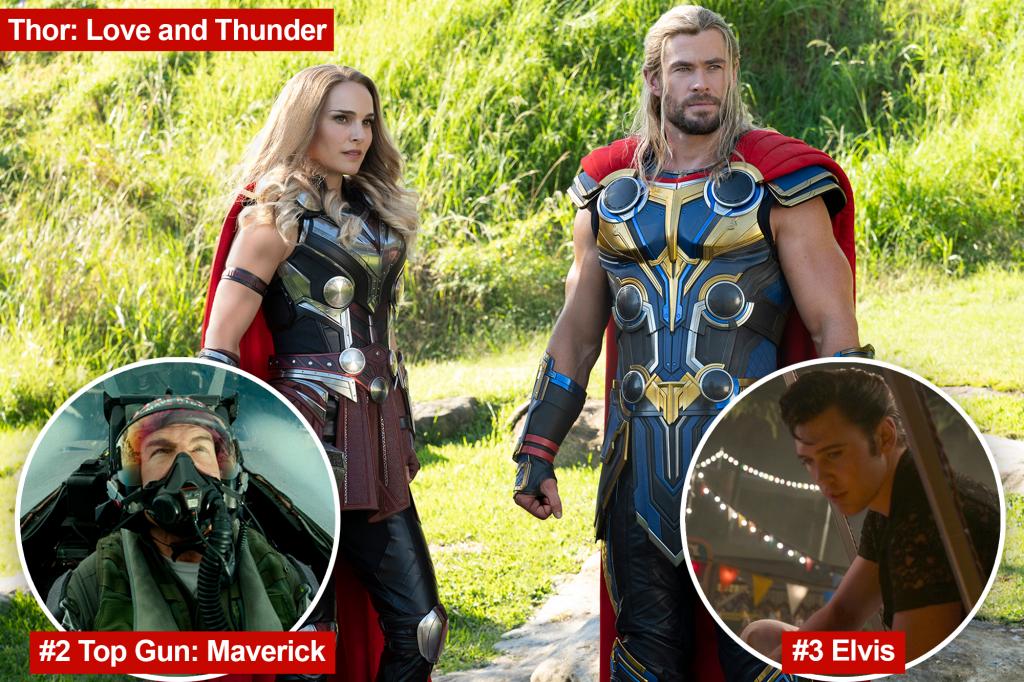 “Thor: Love and Thunder” took America by storm on its opening night Friday, raking in $69.5 million at the box office, according to IMDB’s Box Office Mojo.

The overall weekend sales of the Disney/Marvel collaboration, with Chris Hemsworth resuming his role as the titular character, could approach $244 million, according to Deadline.

Should the projections hold, Thor would rack up 2022’s third highest three-day domestic opening, after “Jurassic World Dominion” and Disney’s “Doctor Strange in the Multiverse of Madness,” Variety reported.

The success of the reboot, which recently surpassed $1 billion in ticket sales since its May 27 release, earning it the title of highest grossing movie of 2022, has let to talk of a possible third installment of the Tom Cruise-led franchise.

The money-making “Elvis” is still striking a chord with moviegoers, ranking third on the list. In fact, Austin Butler. who is “wow-ing” audiences as the King, is already generating Oscar buzz for his performance. The Baz Luhrmann-helmed biopic pulled in $3.3 million to bring its total to $129.9 million worldwide.

Disney’s “Lightyear,” was fourth Friday night with $939,000 in receipts, while “Marcel the Shell with Shoes On,” the stop-motion animation film inspired by comedian Jenny Slate’s YouTube clips, took in $102,000.

The Bachelor’s Bekah Martinez Is Engaged to Grayston Leonard