‘Where the Crawdads Sing’ author wanted for questioning in African murder 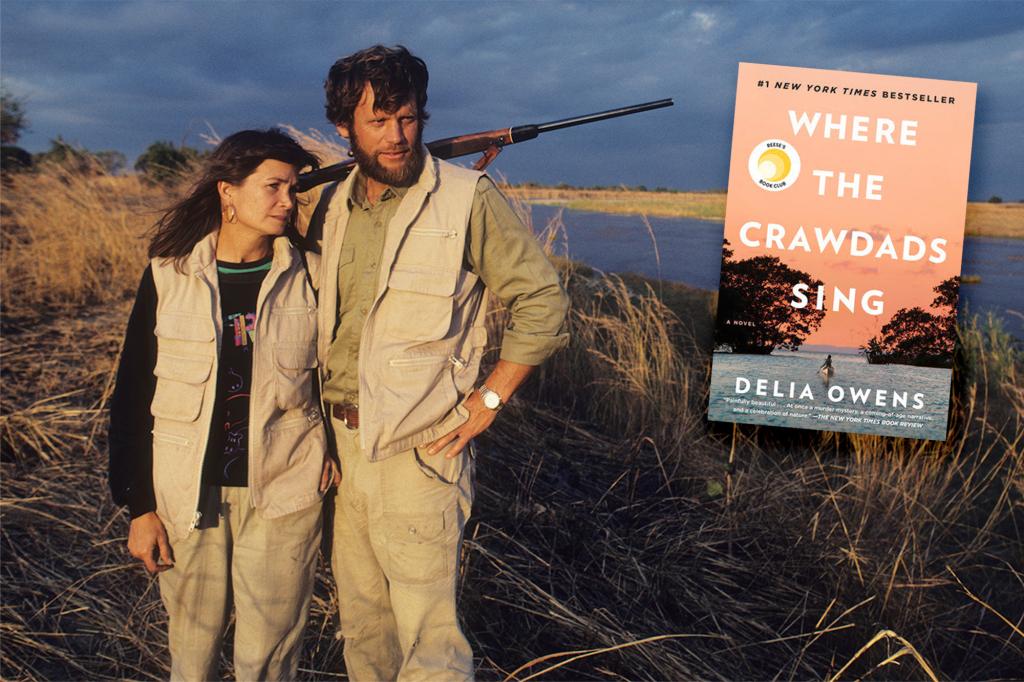 A years-old controversy surrounding the author of the 2018 novel “Where the Crawdads Sing” has reemerged days before a starry movie adaptation is due to hit theaters.

Writer Delia Owens, her ex-husband Mark and stepson Christopher have been wanted for questioning in a murder case in Zambia since the mid-1990s.

In the ensuing years, her hugely popular book — about a young woman growing up in a North Carolina marsh — has sold 12 million copies and is the source material for a new Sony film out Friday starring Daisy Edgar-Jones and produced by Reese Witherspoon. Owens also wrote “Secrets of the Savanna” in 2006.

But, as Zambia’s head of public prosecutions told the Atlantic this week, “There is no statute of limitations on murder in Zambia. They are all wanted for questioning in this case, including Delia Owens.”

Writer Jeffrey Goldberg has chronicled the scandalous story for the New Yorker and the Atlantic since 2010, which hinges on a disturbing 1996 ABC documentary called “Deadly Game: The Mark and Delia Owens Story” on the program “Turning Point.”

The TV episode is purportedly about an animal-loving American family, the Owenses, saving vulnerable African elephants and other wildlife since the 1970s. Then, in a shocking turn, a possible poacher is shown — in full view — being shot to death.

“We would witness the ultimate price paid by a suspected poacher,” narrator Diane Sawyer said in the episode, adding: “The bodies of the poachers are often left where they fall for the animals to eat. Conservation. Morality. Africa.” Neither the shooter nor the victim are identified in the documentary.

But the cameraman, Chris Everson, claimed to Goldberg it was actually Christopher Owens — not a hired Zambian game scout — who fired at least one gunshot that killed the man. A Zambian police detective further alleged that his father Mark then put the dead body in a cargo net and disposed of it in a lagoon. (The Owenses deny all this.)

The family fled the country shortly after the ABC broadcast, just as an investigation into the murder began.

Additional damning allegations are included in the New Yorker report, suggesting that the family encouraged a culture of fear and violence in pursuit of their animal rescue goals. Sources told the reporter that the Owens’ scouts would torture poachers, tie them to stakes and “let them bake in the sun.” (Lawyers for the family denied instructing scouts to do this.)

According to the Atlantic, “Mark, Delia and Christopher Owens are still wanted for questioning related to the killing of the alleged poacher, as well as other possible criminal activities in North Luangwa.”

Delia, 73, denied any wrongdoing in an interview with Goldberg, saying, “We don’t know anything about it. The only thing Mark ever did was throw firecrackers out of his plane, but just to scare poachers, not to hurt anyone.” Lawyers for Mark and Christopher also denied involvement.

Yet the fallout for them has been swift — even for Taylor Swift.

When the pop star’s new song for the movie, called “Carolina,” was announced, she got backlash online for participating in the project. Regardless, it still plays over the end credits.

At the film’s low-key premiere Monday night at the Museum of Modern Art in New York, Witherspoon, Edgar-Jones and co-stars Harris Dickinson and Taylor John Smith were all in attendance — but not Owens. While she is doing some press for the movie, the location where she lives today is disputed.

Still, even with the author wanted for questioning in a foreign murder, director Olivia Newman emotionally thanked her onstage in front of a packed house.

The Foods You Choose Can Impact Your Sleep

Watch out, someone wants to turn Pac-Man into a live-action movie
August 9, 2022
What Is Trust Wallet and How Does It Work?
August 9, 2022
Augustinus Bader | What You Need To Know About The Luxury Skincare Brand
August 9, 2022