Why Demi Lovato Regrets the 3 Documentaries on Her Sobriety Journey Share 0FacebookTwitterPinterestLinkedinRedditEmail
Sorry, but Demi Lovato is not sorry about putting her documentary days behind her.
While promoting her new studio album Holy Fvck, the “Substance” singer made it clear that they was done putting their life story on screen.
“Honestly, I’m really sick of watching myself, and I think other people probably are too,” Demi told Alternative Press in an interview published Aug. 22. “And if they aren’t, then they can watch my music videos.”
Over the past decade, the 30-year-old has released three documentaries—including 2012’s Demi Lovato: Stay Strong and 2017’s Demi Lovato: Simply Complicated—covering her struggles with mental health and substance abuse.
The most recent, the 2021  docu-series Demi Lovato: Dancing with the Devil addressed the pop star’s near-fatal 2018 drug overdose during which she suffered a heart attack, multiple strokes and brain damage. The ultra-raw film detailed the events that led to Demi’s serious medical issues and subsequent road to recovery. The series also touched on other serious life traumas she has encountered, including being rape when she was a teenager. 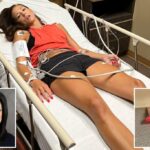 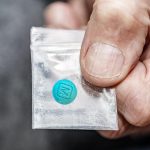 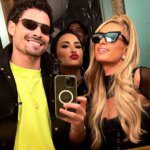 What Is Pres. Biden’s Plan for Student Loan Forgiveness?

How to End an Annoying Conversation Without Being Rude

4 Reasons the Rivian R1S Is Better Than a Tesla...
6 mins ago
Global tourism rebounds strongly after COVID-19
18 mins ago
I Will Miss Alessandro Michele’s Freaky, Geeky Gucci
19 mins ago