Why Margot Robbie Was “Mortified” When Barbie Photos Went Viral 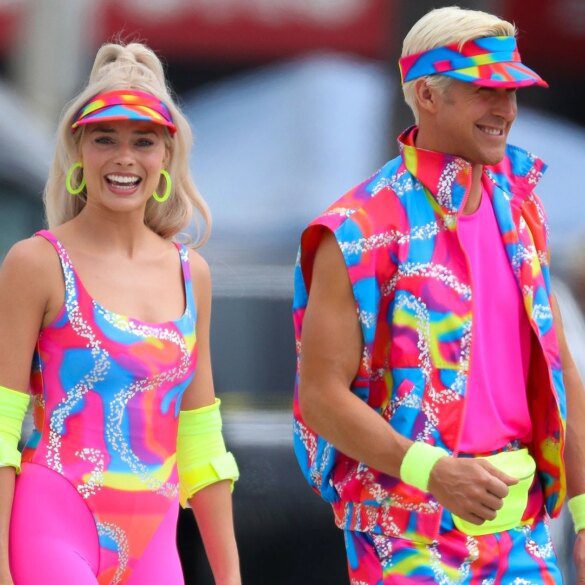 Share 0FacebookTwitterPinterestLinkedinRedditEmail
It looks like life in plastic isn’t always fantastic.
During the Sept. 19 episode of The Tonight Show, Margot Robbie recalled feeling totally embarrassed after she and Ryan Gosling were photographed in their matching neon rollerblading outfits while filming a scene for their new movie Barbie.
“I can’t tell you how mortified we were by the way,” the actress, 32, told late-night host Jimmy Fallon while looking back at the pictures. “We look like we’re like laughing, having fun, but dying on the inside. I was like, ‘This is the most humiliating moment of my life.'”
Robbie, who plays Barbie, and Gosling, who portrays Ken, were filming a scene in Los Angeles in June. And while the I, Tonya star expected there to be some paparazzi and a few crowds of people—admitting they did “stand out a little in those outfits”—she hadn’t anticipated there would be so many onlookers or that the photos of her and Gosling in costume would go viral.
“I knew there would be a little bit of attention and probably some photos would get out there but not like it did,” she said. “It was, like, mad. It was, like, hundreds of people watching.” 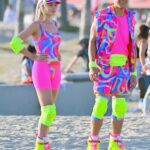 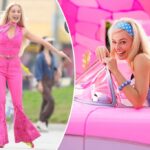 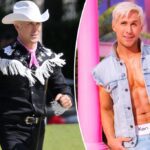