Share 0FacebookTwitterPinterestLinkedinRedditEmail
In addition to the schedule, Bobby said the show’s new setting has breathed unique life into the proceedings.
“New Orleans has a culture all its own,” he said. “It’s unlike any other city in the U.S.. It’s Cajun and Creole culture that you just don’t find anywhere else. It’s almost like being in a different country and I mean that in the best way. It’s a very unique town, from the architecture to the food to the accents that you don’t hear anywhere else in the States.”
When it comes time for next season, Bobby said he and the cast have very specific ideas about where they want to go.
“Our list definitely consists of any place that does not get above 60 degrees,” he joked. “We would love to go to the UK. We would love to go international.”
In addition, Bobby had some ideas for new territories to cover state-side.
“We would love to hit the Pacific Northwest. We haven’t really filmed at all in the West,” he said. “We’ve been in the South and the East for seven, if you count Japan, eight seasons now. So yeah, we’d love to go out West.” 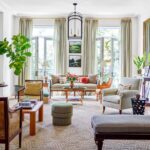 Cerave Sale | How To Save On Cerave Skincare Right Now

Traditional vs. Stylized Meadow Gardens
9 mins ago
The End of a Presidential Launchpad
34 mins ago
4 Engaging Video Games to Play When You Need a...
44 mins ago