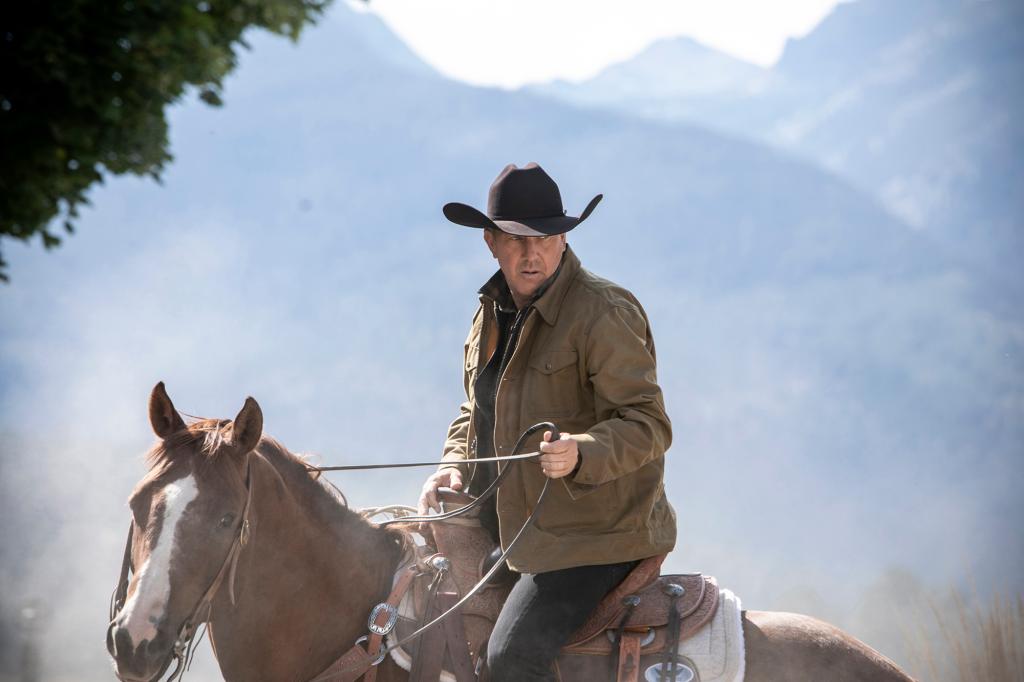 Cable TV’s biggest series, “Yellowstone,” and its star, Kevin Costner, failed to snare a single Emmy nomination Tuesday morning — a head-scratcher that makes no sense, even in the inscrutable WTF? world of the TV Academy and its voters.

And all this even after academy Chairman/CEO Frank Scherma introduced the nomination ceremony — hosted by JB Smoove and Melissa Fumero — by rhapsodizing about the record number of submissions and the magnificence and impact of television in the 21st century.

I mean, how do you ignore a (Paramount Network) series that’s averaged as much as 14 million viewers a week, spawned three spinoffs/prequels (“1883,” “1923” and “6666”) and transformed its co-creator, Taylor Sheridan, into a creative TV titan without peer? He’s already snared Oscar winners Helen Mirren, Harrison Ford, David Oleyowo and Sylvester Stallone for upcoming shows — and has accomplished all of this in a digital world where viewers are migrating in droves to streaming platforms, no less. C’mon, people. You can almost hear the late Rodney Dangerfield: “What’s a series gotta do to get some respect around here?”

I don’t get it, especially for a show that’s been embraced by viewers from coast-to-coast. It hasn’t fared much better in its previous three seasons — one measly nomination last year for Outstanding Production Design. Apparently, Costner, who’s also an Oscar winner (“Dances With Wolves”), doesn’t cut the mustard with TV Academy voters, nor does the show’s solid supporting cast (including Cole Hauser, Kelly Reilly, Luke Grimes, Kelly Asbille and Wes Bentley). It would be interesting to know why. OK, so prequel series “1883” earned a nomination for cinematography and music — I guess that’s better than nothing (?) — but stars Tim McGraw and Faith Hill, who were excellent in their leading roles were completely snubbed. Yikes.

Meanwhile, the list of nominees tells you all you need to know about the power and, let’s face it, the quality, of traditional network television (ABC, CBS, Fox and NBC).

It’s nearly non-existent in the 2022 TV universe, while cable still has a pulse … barely.

HBO, which traditionally snares a boatload of nominees, did so again this year, with “Succession” (and stars Brian Cox and Jeremy Strong), “Barry” (and star Bill Hader), “Curb Your Enthusiasm,” “Insecure” (Issa Rae, Best Actress, Comedy) and “Euphoria” (Best Drama and star Zendaya) all represented. FX (“What We Do in the Shadows” and Donald Glover for “Atlanta”) and AMC (“Better Call Saul” and star Bob Odenkirk) squeaked in, as did BBC America (Jodie Comer/Sandra Oh, “Killing Eve” — talk about enough already … just let it go.)

“The Crown,” last fall’s big Emmy winner (Best Drama and statuettes for Olivia Colman, Josh O’Connor, Gillian Anderson, Tobias Menzies), wasn’t eligible this year; neither were “Westworld,” “The Boys” or “The Handmaid’s Tale” — thankfully for the latter. I mean, how many more extreme, full-frame close-ups do we need of Elisabeth Moss smirking and/or grimacing?

As for the rest of the field (notwithstanding “Yellowstone”), the members of the TV Academy got most of it right.

None of these series would be anywhere without terrific supporting casts, so kudos to, among so many others, Anthony Carrigan and Henry Winkler (“Barry”); Kieran Culkin and Matthew Macfadyen (“Succession”); Hannah Einbinder (“Hacks”); Janelle James and Sheryl Lee Ralph (“Abbott Elementary”); Rhea Seehorn (“Better Call Saul”); and Julia Garner (“Ozark”).

Don’t tell that to the cast of “Yellowstone,” however — they’ll be nowhere to be found when the Emmys air on Sept. 12, live on NBC.

And that’s a shame.