What is Rett Syndrome? 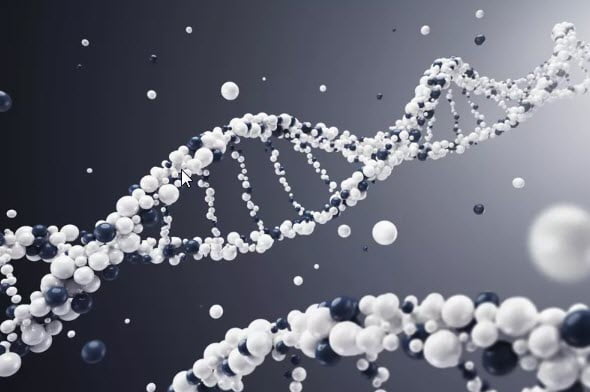 In August 2022, NBC News Chief Foreign Correspondent Richard Engel announced the death of his 6-year-old son, Henry Engel. Henry lived with Rett syndrome, a genetic neurological disorder that impacts a child’s ability to speak, walk, eat, and breathe. There is currently no treatment or cure for the condition.

Engel was open about his family’s journey with Rett syndrome, documenting the highs and lows publicly. While it is rare, it’s natural for parents to want to know more after seeing the news.

Rett syndrome is caused by a genetic mutation in a gene called MECP2, which is found on the X chromosome. How the mutation happens can vary.

“The mutation that causes Rett syndrome occurs sporadically; these random mutations are not inherited from the parents,” said Huda Zoghbi, MD, director of the Jan and Dan Duncan Neurological Research Institute at Texas Children’s Hospital. Dr. Zoghbi discovered that the MECP2 mutation is the cause of Rett syndrome in 1999. She also treated Henry Engel.

However, another expert said the gene mutation can be passed down from parent to child in rare instances.

“We don’t completely understand it, but most of the time this genetic misspelling happens around the time the egg and sperm come together,” said Timothy Benke, MD, a pediatric neurologist and medical director of the Rett syndrome clinic at Children’s Hospital of Colorado, and professor of pediatrics at the University of Colorado School of Medicine. “Very rarely, a mom can possess a mutation in MECP2 and be unaffected and pass it on to her son, who will then have a form of Rett syndrome.”

The International Rett Syndrome Foundation says, “more than 99.5% of the time, the mutation is sporadic, occurs only with this conception, and is not repeated in a family. Both parents can be tested for mutations before deciding to have other children. To discuss your family’s situation, you should consult a skilled genetic counselor.”

Is Rett Syndrome More Common in Boys or Girls?

Because the MECP2 gene is located on the X chromosome, girls (who have two X chromosomes) are more likely to be affected. However, it’s not impossible for boys (who have one X and one Y chromosome) to be impacted.

“For the longest time, clinicians were not aware that Rett was something you could see in boys, and has gone undiagnosed or led to delayed diagnoses in boys,” Dr. Benke said.

The International Rett Syndrome Foundation says the condition affects around 1 in 10,000 girls, and more rarely in boys, though an exact rate is unclear. In boys, it tends to be more severe.

What are the Symptoms of Rett Syndrome?

According to the International Rett Syndrome Foundation, common symptoms include:

Dr. Benke says Rett syndrome is easier to recognize in baby girls because it develops in a more predictable pattern.

“In girls, they develop normally through the first 18 months of life, then have a period of regression where they quit talking and using their hands, and develop these characteristic hand movements. Those are the signs we want families and physicians to recognize and see a specialist to help them.”

For boys with Rett syndrome, recognizing the condition isn’t as simple.

“It’s not as neat and tidy as it is in girls. The boys can start to have problems soon after birth with trouble breathing, difficulty with their muscle tone, and they never really have normal development over time in the first 12 months of life,” adds Dr. Benke. “That’s the case for boys with the most severe form, but there are also boys that have developmental delays and intellectual disability.”

How is Rett Syndrome Diagnosed?

Diagnosing Rett syndrome begins with a caregiver or pediatrician noticing signs of the condition. Then, parents are typically referred to a specialist for genetic testing. A specialist may order a variety of tests, including one that analyzes the child’s MECP2 gene.

“Diagnosis starts with genetic testing,” says Dr. Benke. “Rett syndrome is a specific genetic misspelling, so you have to check that MECP2 gene. We order a test called a panel test, which is like running a spellchecker on genes to check for misspellings. Before ordering that test, you’ll be counseled on potential things we could discover when we get the results back.”

MECP2 mutations can cause conditions other than Rett syndrome, so in order to be diagnosed, a child will need to exhibit loss of hand use, loss of speech, gait abnormalities, and repetitive hand movements.

Because there is more understanding of Rett syndrome symptoms in girls, they tend to be diagnosed earlier in life than boys.

“Most girls are diagnosed before age 3; for boys it happens later,” Dr. Benke explains. “I’m starting a study to try and find that answer for boys. When I’ve met with families at conferences, the common theme is they were diagnosed late, older than 5 or in their teens. Some families have been told it can’t be Rett syndrome because their child is a boy. Unfortunately, Henry has shown the community it can happen in boys.”

Rett syndrome can range from mild to severe, so life expectancy can vary widely. Some individuals will live to middle age or older. Dr. Benke says the median life expectancy in females is into their 50s.

“Girls with Rett syndrome may likely live a full lifespan, although they will require lifelong care,” says Dr. Zoghhbi. “Boys typically do not live much beyond the age of 2. Henry was an exception.”

There is no cure for Rett syndrome, so treatment focuses on managing the condition. For example, children may need speech and physical therapy, or supplemental nutrition. Researchers are constantly working to find new treatments.

“There are no approved or specific therapies for Rett syndrome, but there is one in the pipeline,” says Dr. Benke, who was a principal investigator in clinical trials for the new drug. “It’s called Trofinetide. It just finished a Phase 3 clinical trial, and we are hoping this will be FDA-approved for use sometime in 2023. In the clinical trials, we were measuring all the features of Rett syndrome, and basically, this drug improves them all in general. It’s not a home run, but it gets us on base.”

Dr. Benke and Dr. Zoghbi encourage families who have received a diagnosis of Rett syndrome to visit the International Rett Syndrome Foundation for resources. They have a directory of Rett syndrome clinics around the world including direct points of contact, and detailed, downloadable care guides based on research and specialists’ experience.

“The family needs to form a care team with a minimum of a pediatrician, a neurologist, a physiatry or rehabilitation specialist, and a GI doctor. Coupled with that team, they need a dietitian and physical therapist and speech therapist,” he said.

While hearing your child has Rett syndrome will take time to process, and going through the condition alongside them may feel hopeless at times, Dr. Benke wants parents to know doctors and researchers are on the path to finding treatments.

“Those of us in Rett centers around the country would want families to know that all of us are thinking daily about how we can make Rett syndrome better,” says Dr. Benke. “We are trying to design clinical trials with new drugs or repurposed drugs, or new therapies. We’re trying to bring hope to families for what can feel like something very hopeless.”

“We will continue to work every day towards finding a treatment that could help so many people,” adds Dr. Zoghbi said.

A diagnosis of Rett syndrome can be very scary for parents. You should monitor your children’s development and bring up any concerns about milestones to your child’s pediatrician. Don’t be afraid to seek a second opinion from a provider who specializes in Rett syndrome. Doctors and researchers are working to find treatments and are hopeful about developments in the near future that can help families. 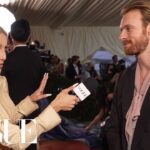 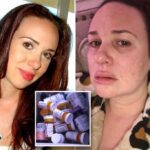 Hilaria Baldwin Gives Birth, Welcomes Baby No. 7 With Alec...
6 mins ago
Gray seal that evaded rescue in Massachusetts pond surrenders at...
9 mins ago
Queen Elizabeth and Prince Philip Through The Years ❤️ #shorts
13 mins ago