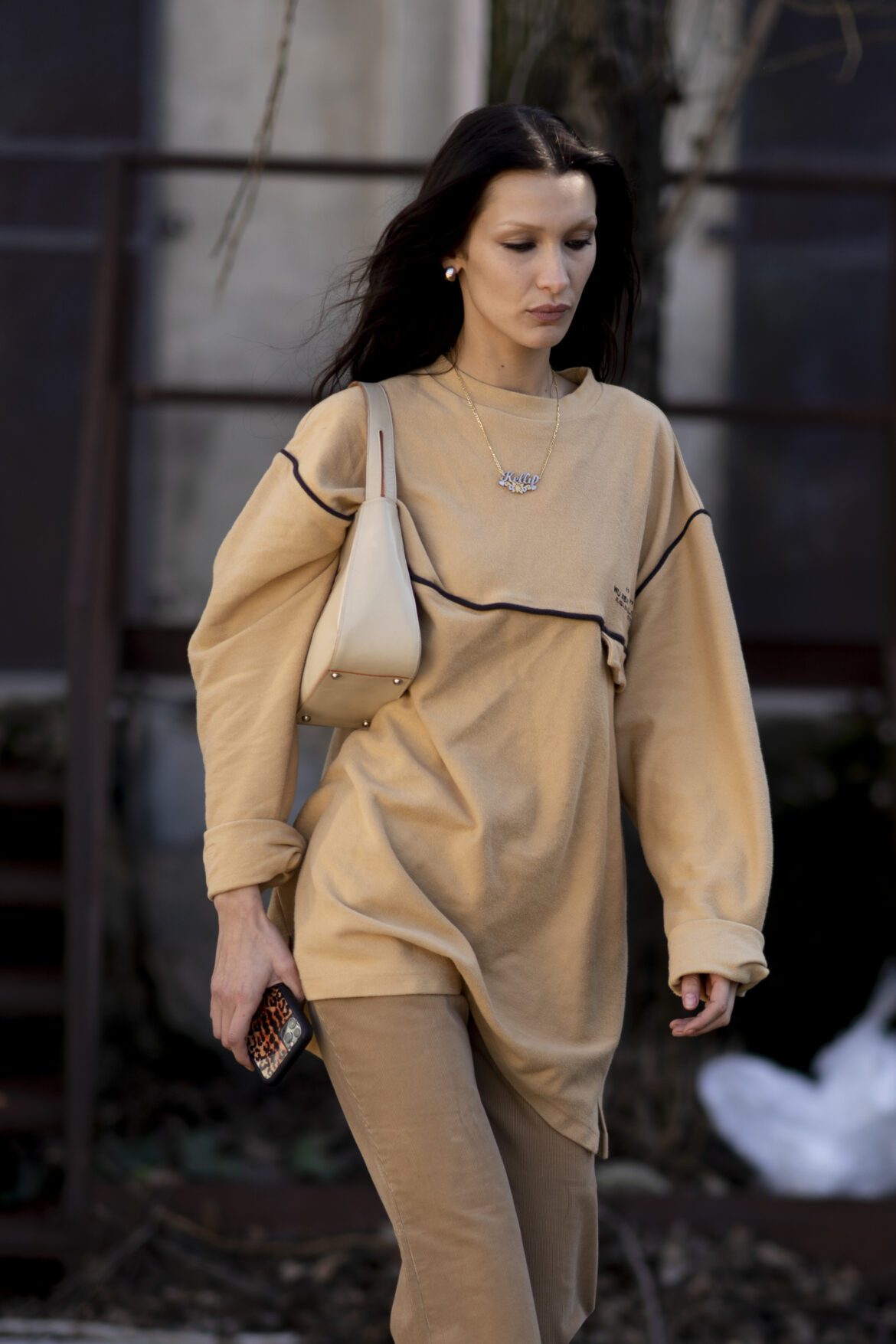 It’s a look anyone can pull off.

You know what we’re letting go of this year? Eyebrows, apparently.

No, we’re not shaving them off, but with some bleach and even more guts you can get the space alien meets Bella Hadid face that has taken over TikTok. Not convinced? Let me explain.

Thanks to social media, the ultra-minimalist DIY is becoming as common as eyeliner. And even though bleached eyebrows have long been used to make a statement on runways and red carpets, the look isn’t new.

In fact, during the Elizabethan era, eyebrows were regularly bleached or plucked to achieve a bare forehead,
per the period’s beauty standards. And in the ‘90s,
blonde brows gained major prominence on the faces of Linda Evangelista, Madonna and Kate Moss. During this time,
New York City “club kids” (aka pre-internet influencers) also endorsed the style with their extreme after-hours looks.

While the trend continued into the early aughts thanks to fashion “It” girls like Chloë Sevigny and Gwen Stefani,
the 2010s saw a strong pivot away from minimalist foreheads. The decade brought about an eyebrow growth spurt, welcoming bushy, fuzzy arches back en vogue.

But in recent years, lightened brows have become a rebellious pandemic trend.
Case in point: it was by far the most popular beauty choice at the 2022 Met Gala,
and the look has recently been seen on celebs like Amelia Gray, Bella Hadid and Lady Gaga.

The difference this time is that bleached eyebrows are no longer only sported by the Madonnas and models of the world. In the age of TikTok self-expression,
a look that was once synonymous with high fashion is being democratized. And it’s not hard to see why.

Eyebrows have long been viewed as one of the most important facial features, and we spend a lot of money trying to perfect them,
from cosmetic procedures like micro-blading to brow styling products. And as a result,
we’ve probably all been burned by brow experimentation mishaps. Therein lies the beauty of the bleaching trend: no eyebrows, no problem. But besides that, a brow-less face is undoubtedly magnetic.

Elongated foreheads create a bigger canvas for face art. Depending on how you style them,
light brows can give an ethereal, soft aesthetic, or allow for more elaborate eye makeup.

The look is the welcome antithesis of TikTok’s viral “clean girl” aesthetic,
which places no-makeup makeup and “natural” perfection as the ultimate beauty standard. A cousin to the messy Euphoria glitter-infused maquillage, the no-brow trend is perfect for the grungy maximalist.

Plus, with a look you can create at home, lightened eyebrows tap into the DIY culture that has taken over in recent years. But if you’re not ready to commit to bleach,
applying concealer and purple corrector will give your arches a temporary taste of the coveted style.

Say it with me: dyeing your brows is arts and crafts! It’s no coincidence that the trend is returning as unconventional and “weird” fashion becomes more popular. With their extraterrestrial allure,
bleached brows are not supposed to look conventionally attractive, per se. As the ultimate anti-beauty beauty trend, *anyone* can pull off the look.

How to Style Crocs This Summer