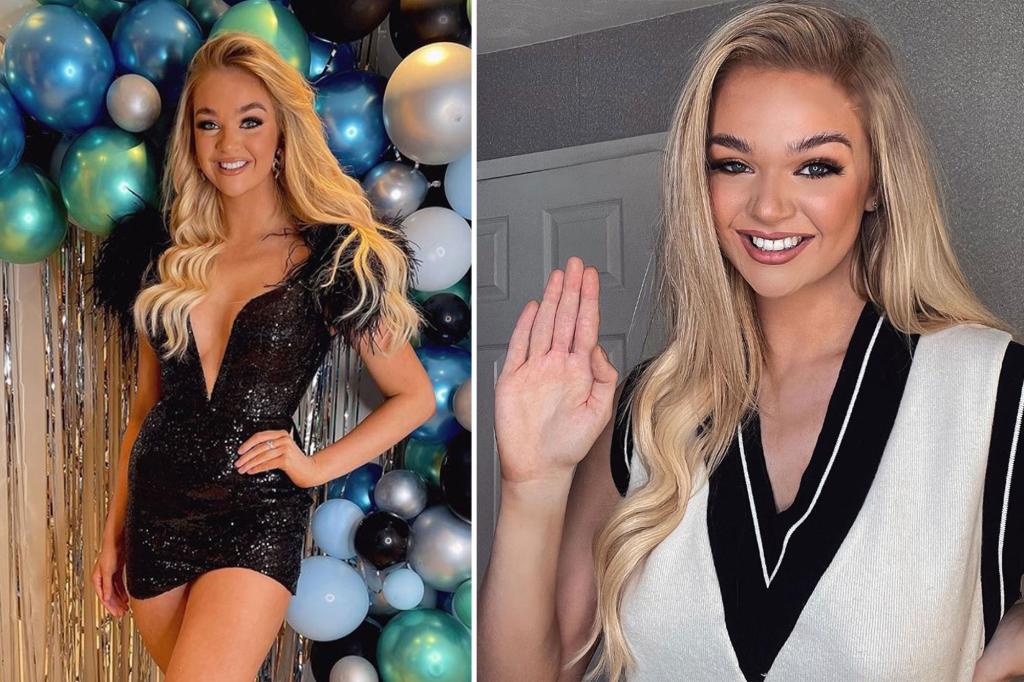 An English beauty pageant queen was once an insecure youngster after a scary incident that resulted in years of agonizing skin grafts and surgery.

“I just wanted to hide away, until my mom got me into pageants,” Harriotte Lane told Chronicle Live.

When she was 12 years old, the Newcastle native spilled boiling gravy on her thigh — which was followed by years of recovery procedures.

“The skin on my leg started to peel off and it got infected,” the 21-year-old said.

“For four days, it was burning through the tissue of my skin,” Lane recalled, as the gravy’s oil content classified the injury as a “fat burn,” which differs from being hit with hot water.

“I needed skin grafts and they took the skin from my upper thigh to place on my leg. It took five years to heal and there is still a scar there on my upper thigh,” she said.

Now, on July 9, Lane will compete in her country’s top beauty pageant, Miss Universe Great Britain. Onstage, she will model swimwear and an evening gown, as well as answer a question in front of the audience. She will also interview with the judges privately.

Her mom, Sarah, encouraged her to enter her first pageant, Miss Teen Great Britain, in order to bid to build her confidence after her accident.

Now, she has over 65,700 Instagram followers and documents her journey to the crown — Lane won Miss International UK 2019, among a number of other competitions — fundraisers, modeling and travel.

Lane’s also an entrepreneur, too. When she was 18, she founded her own pageant coaching company where she hosts group and individual classes.

Over the past nine years, Lane has raised $100,000 for charity, including A-Sisterhood, which helps women in India who have suffered acid attacks.

For Lane, competing in beauty pageants isn’t about “the look” — it’s much more.

“It is very much, are you personable? Have you done a great interview? Can you communicate with the audience? Because that is the girl who walks away with the crown.”

She’s also hellbent on educating others about the beauty of pageants.

“There are plenty of stereotypes but actually pageantry is about being a spokesmodel,” she said. “It’s about being someone who is a feminist, someone who has got a real reason to empower other people. They have often overcome adversities.”

Her own adversities are also serving to spread positivity, too.

“I’m going into schools across the northeast to talk to them about removing self-limits and sharing my story. I’m telling them to go for the jobs that they want to do [even though they] might be something society might push them away from,” she continued.

“I tell them to persevere with those things because it is their dream, not anybody else’s.”