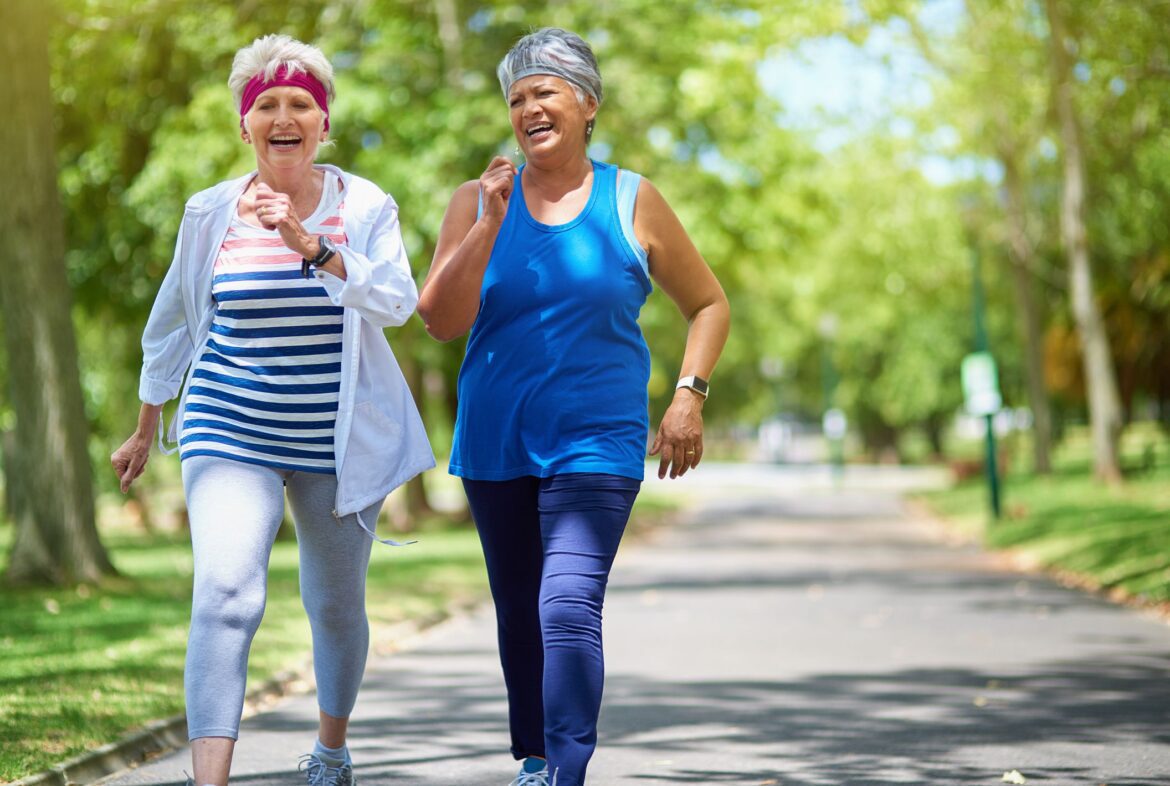 “It seems that physical activity significantly changes the body’s metabolite profile, and many of these changes are associated with a lower risk of type 2 diabetes,” says Maria Lankinen, PhD, research scientist, Institute of Public Health and Clinical Nutrition at the University of Eastern Finland, and one of the researchers on the study published in Metabolites. “Increased physical activity also improved insulin secretion.”

About the Step Study

The study published in Diabetes Care focused on 4,838 older women (median age 78.9) without diabetes, who were followed for up to 6.9 years. Their steps were monitored by accelerometers to account for the number of steps and the intensity of steps, which were labeled as light-intensity or moderate- to vigorous-intensity.

Our findings indicate that moderate- to vigorous-intensity steps were more strongly associated with a lower risk of diabetes than light-intensity steps.

“This study showed that taking more steps in a day was associated with a lower risk of diabetes in older adults,” says lead author Alexis C. Garduno, a third-year student at the University of California San Diego and San Diego State University joint doctoral program in public health.

For the older women, each 2,000 step/day increment was associated with a 12% lower hazard rate of type 2 diabetes after adjustment.

“For diabetes among older adults, our findings indicate that moderate- to vigorous-intensity steps were more strongly associated with a lower risk of diabetes than light-intensity steps,” adds John Bellettiere, PhD, an assistant professor of family medicine and public health at UC San Diego, and a co-author on the study.

Dr. Bellettiere adds that within the same cohort of older women, the team studied cardiovascular disease, mobility disability, and mortality.

About the Metabolites Study

The study on physical activity in men used data from 8,749 men enrolled in the METabolic Syndrome In Men (METSIM) cohort study in Finland. Their median age was 58 years. The men did not have diabetes at baseline and were followed for 7.8 years to reassess for diabetes. Physical activity levels were determined via questionnaires that assessed how often men exercised each week.

How Does Exercise Impact Diabetes Risk?

There are different types of exercise, and all are beneficial for preventing type 2 diabetes. Aerobic activity, such as walking or swimming, and strength training, like lifting weights, can both lead to improvements in blood sugar regulation.

How Much Exercise is Needed?

However, in our study, the most physically active participants had regular physical activity at least 90 min per week and we still were able to see the health benefits compared to those who had physical activity only occasionally or none.

“However, in our study, the most physically active participants had regular physical activity at least 90 min per week and we still were able to see the health benefits compared to those who had physical activity only occasionally or none,” she adds.

Likewise, in the Diabetes Care study in older women, the researchers found that simply walking around the block one time was considered a moderate-intensity activity in this age cohort.

“That is because, as people age, the energy cost of activity becomes higher, meaning that it requires more effort to do a given movement,” explains Dr. Bellettiere. “For a middle-aged adult in good health, that same walk around the block would be considered light activity.”

Overall, Dr. Lankinen says to pay more attention to the regularity of physical activity in your daily life, rather than the minutes or type of exercise. It is always important to pick activities that you enjoy, so you are more likely to continue.

In addition to a balanced eating plan, being physical active is an important way to help prevent type 2 diabetes. Exercise helps increase insulin sensitivity and helps manage blood sugar levels. Even smaller amounts of exercise are beneficial, so you do not need to spend hours at the gym each day to reap the benefits of activity. Choose exercise that you enjoy and make it part of your lifestyle. Just be sure to talk to a healthcare provider first to determine which types of activity are best for you.